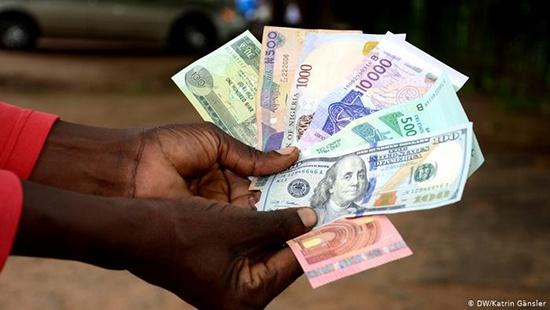 For many West African countries, introducing the eco is tempting. But the political will to do so is not enough — many questions need answers before a new single currency becomes a reality.

In the Nigerian capital of Abuja, heads of state from the Economic Community of West African States (ECOWAS) on Saturday confirmed their intent to create a common currency called the eco.

New ECOWAS head and Niger’s president, Mahamadou Issoufou, stressed the importance of sticking to the roadmap to introduce the new currency, but there is still a significant amount of work to do if people are going to be spending ecos in 2020 as planned.

The proposed new common currency appears to have found the most support among Francophone countries where the CFA is in circulation. There have been many protests in Senegal and Benin against the CFA franc, which is pegged to the euro.

Yves Ekoue Amaizo, the director of the Afrocentricity think tank, said the Togolese government’s official position is “neither for nor against” the proposed currency. But former minister Kako Nubukpo was vocal in his criticism of the CFA.

No loss when exchanging currencies

In Mali, Etienne Fakaba, an economist and the director of the Center for Political, Economic and Social Research, is also a proponent of the eco. He said there are benefits in broadening the ECOWAS market.

A single currency, he said, would lead to savings across the board when it comes to exchange rates and promote unity.

“Ultimately, we will grow together into a stronger entity, including on the economic level,” Fakaba said.

The economist added that a political plan will be required to make the eco a stable currency. “That way the sphere of influence can be extended,” he said.

There is far less enthusiasm for the new currency in Nigeria — the most populated country in West Africa with around 200 million people. Even in the week before the summit, the subject was not one of public debate.

“Nigerians don’t discuss it. Occasionally you hear it being mentioned among elites,” said Eze Onyekpere, head of the Centre for Social Justice in Abuja.

He said he is skeptical about the single currency actually becoming a reality in the foreseeable future, “Even to this day, you get the sense that we want to hold onto our naira, cedi, and CFA.”

There are other reasons for skepticism, especially in Nigeria, which uses the naira. Amaizo said West African countries are very different: “Nigerian entrepreneurs are very dynamic. They don’t want anything that can interfere with their production.”

The question also arises as to whether Nigeria would ever commit to paying the national debt of neighboring states such as Benin, Togo and possibly Ivory Coast.

“There is no Nigeria would accept that,” Amaizo said.

He said he believes that there needs to be an urgent discussion on fiscal discipline: “Every country has to be accountable. Anything less would be unacceptable.”

But before getting into the finer details, Onyekpere said there are far more pressing and fundamental questions that need to be clarified.

“All sectors across the board need to be in cooperation,” Onyekpere said. “You cannot introduce a single currency unless you have unified fiscal, industrial, trade, and labor policies.”

The amount of work that still needs to be done to introduce a shared currency leaves Amaizo skeptical that he would be shopping with the eco anytime soon: “The date has already been changed four times. Changing it again would not be a catastrophe for Africa.”

Implementing the ideas of the ECOWAS founders

When push comes to shove, Sierra Leone’s deputy minister of information, Solomon Jamiru, said he does not think Nigeria will categorically block the eco’s introduction.

“Despite Nigeria’s size and population, the country is very willing. We work together,” he said.

Jamiru added that a common currency was in the spirit of the founding fathers who established the regional organization in the first place.

“After all, ECOWAS is about regional economic integration,” he said. “Ultimately, we cannot achieve without the currency.”