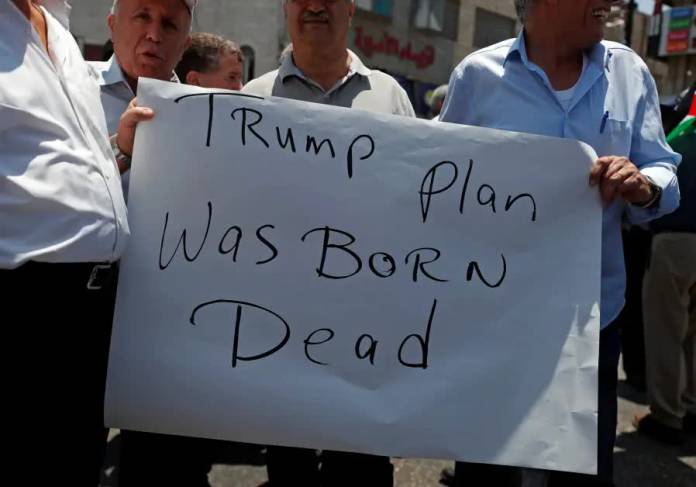 Are we living in an era that will bring us to peace or thinking of peace? Unfortunately, I don’t think so,” said the former Mossad chief.

There is no peace on the horizon for Israel or for the region, former Mossad director Tamir Pardo said on Sunday only days after the Trump administration peace summit in Bahrain.

“Are we living in an era that will bring us to peace or thinking of peace?” asked the former Mossad chief. “Unfortunately, I don’t think so.”

Pardo is a critic of Prime Minister Benjamin Netanyahu and has repeatedly declared, including in interviews with The Jerusalem Post, that solving the Israeli-Palestinian conflict is the greatest threat to Israeli security.

However, he is also a realist who has a reputation for describing ongoing developments on the ground exactly as he sees them regardless of political ideology.

Referring to Israel’s warming relations at the Bahrain summit, he said that the “partnership with [some moderate Arabs] will be limited if we will not move toward some kind of a solution” with the Palestinians.

Whereas Netanyahu has claimed that warming relations with moderate Arabs states shows normalcy can be achieved without peace with the Palestinians, Pardo said, “We are living in a very windy area… we may find ourselves without this partnership,” if Israel takes the current improved relations with moderate Arab states for granted and does not solve the Palestinian issue.”

“A real partnership is between the people, not between the leaders,” he added, implying that Israel cannot truly achieve normalcy in the region until the concerns of Arabs throughout the region regarding the Palestinian issue are addressed.

He said that the region has been unstable since the US invasion of Iraq in 2003, and that though experts had hoped a year ago that there would be greater stability now, it has not gone well.

Pardo said that some had hoped ISIS would disappear once it lost its capitals in Syria and Iraq, but the group has rallied to continue to pose a variety of threats in the form of an organized clandestine terrorist group.

Further, he said that there had been hopes that Saudi Arabia might extricate itself from Yemen, but that this has also not occurred.

Meanwhile, Attorney-General Avichai Mandelblit on Sunday said that those who are attacking his handling of the public corruption cases against Netanyahu are trying to destroy the rule of law.

“Regarding the prime minister’s case, I see great importance in the holding of the pre-indictment hearing and I will weigh all arguments with an open mind” made by Netanyahu’s lawyers in his defense.

He said, “All the decisions made until now were made only based on professional considerations.”

The attorney-general said “no one will distract” him and his staff with pressure from either political direction regarding the case.

Mandelblit lashed out at those on the Right who have attacked State Attorney Shai Nitzan and lead Netanyahu case lawyer Liat Ben-Ari, saying both had acted on behalf of the state in complex cases that could be viewed as both right-wing and left-wing – meaning both act apolitically.

He said that anyone who was guessing what his decision would be regarding indicting Netanyahu, before he actually makes it (expected to be around December), were merely trying to maneuver politically to block the standard criminal process from going forward,

In the face of this intense pressure, Mandelblit vehemently declared, “No one will scare us. No one will intimidate us.”

Moreover, he said that continued attempts to delegitimize the state prosecution or the courts would, in the end, undermine Israeli national security, as it would lead to a disintegration of society’s trust in the rule of law and in one another.