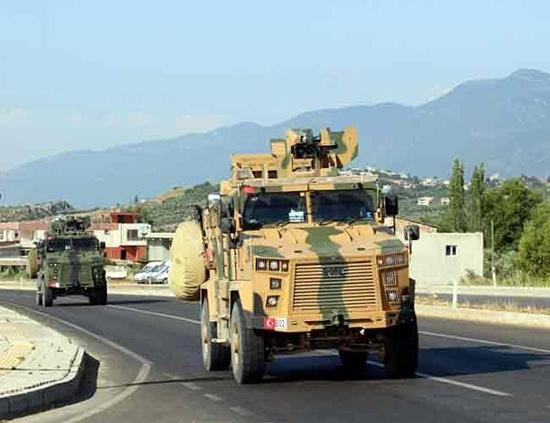 The Syrian regime forces on June 29 targeted an area located near a Turkish observation post in Idlib, northwestern Syria, according to the Ministry of National Defense.

The Bashar al-Assad regime forces attacked the 10th observation post in the Zawiya region with artillery, said the ministry.

The ministry reported that there was no loss of life or material damage.

It added that the shooting was ended and Turkey closely follows the situation in the region.

It was the seventh such attack near the observation post, with similar attacks by the regime having been reported on April 29, May 4, 12, 31, June 8 and June 27.

Although Turkey and Russia have agreed to stop acts of aggression and turn Idlib into a de-escalation zone, the Syrian regime has consistently violated the cease-fire, launching frequent attacks inside the de-escalation zone.

The Turkish military set up 12 observation posts in Idlib‘s de-escalation zone after the ninth round of Astana-hosted peace talks.

As a guarantor state for Damascus, Moscow is responsible for preventing attacks by the Assad regime and Iran-backed militia groups, which have repeatedly violated last year’s Sochi agreement between Turkey and Russia.

Syria has only just begun to emerge from a devastating conflict that began in 2011, when the Assad regime cracked down on demonstrators with unexpected severity.