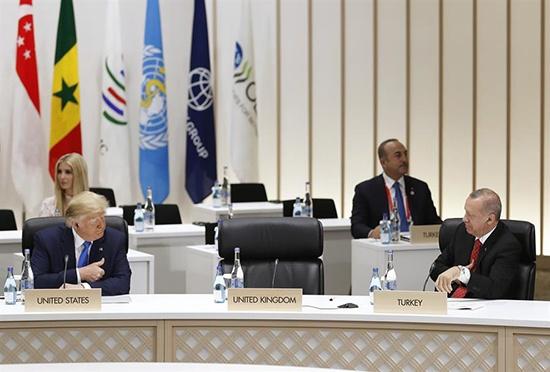 Turkey’s business circle has welcomed the positive atmosphere of the meeting between Turkish President Recep Tayyip Erdoğan and his U.S. counterpart Donald Trump held on June 28, the head of a key business council said.

Blaming the former U.S. President Barack Obama administration for the ongoing S400-F35 tension between the two countries, Trump said it is not Turkey’s or Turkish President Erdoğan‘s fault.

Trump also gave a clear sign that his administration will not seek the path of any sanctions against Turkey.

Tensions between the U.S. and Turkey have escalated in recent months over the Russian S-400 air defense systems purchase, which Washington said will jeopardize Turkey’s role in the F-35 fighter jet program and could trigger sanctions.

Recalling that Trump raised the bilateral trade volume target between the two countries to $100 billion from $75 billion, Yalçındağ said, “We are also revising our target, we will do our best.”

He added, they have been working on a roadmap for a while which will be presented to both presidents during Trump‘s Turkey visit.

The G20 Leaders’ Summit, followed by more than 2,000 journalists from around the world, is being attended by 30,000 people, including 19 leaders and delegates from the European Union.