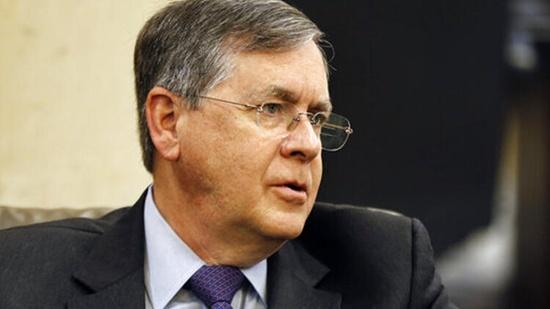 The Embassy of the United States in Ankara announced that the U.S. Senate on late June 27 confirmed David Satterfield to be the next U.S. ambassador to Turkey.

“We have exciting news! Last night, the U.S. Senate confirmed Ambassador David Satterfield to be the next U.S. Ambassador to Turkey. We look forward to welcoming him in the near future. Stay tuned!” the embassy said on its Twitter account on June 28.

Satterfield is a career member of the Senior Foreign Service and has been acting assistant secretary of state for Near Eastern affairs since 2017.

Bass, who is assuming office of the U.S. ambassador to Afghanistan, left Turkey in October 2017 amid a visa crisis between Washington and Ankara. The post has been empty since then.

The blame for Turkey’s visa spat with Washington lies with the United States, Turkish President Recep Tayyip Erdoğan had said in 2017, singling out then U.S. ambassador to Ankara, Bass, as responsible for the situation.