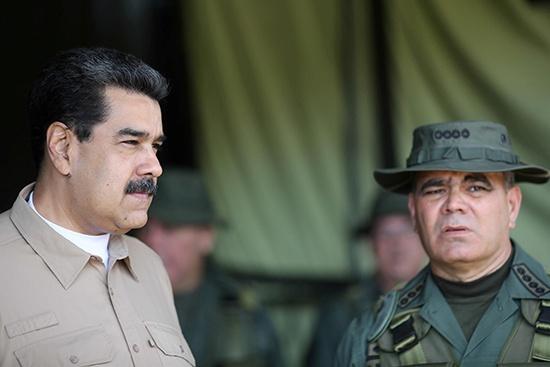 The United States on June 28 imposed sanctions on the son of Venezuelan President Nicolas Maduro for serving in his father’s “illegitimate regime.”

The action freezes any assets Nicolas Ernesto Maduro Guerra has in the United States and bars American individuals or institutions from doing business with the 29-year-old.

“Maduro relies on his son Nicolasito and others close to his authoritarian regime to maintain a stranglehold on the economy and suppress the people of Venezuela,” U.S. Treasury Secretary Steven Mnuchin said in announcing the action.

“Treasury will continue to target complicit relatives of illegitimate regime insiders profiting off of Maduro’s corruption.”

The latest U.S. action comes as Maduro moves to consolidate his hold on power after what Caracas called a failed coup attempt by opposition leader Juan Guaido.

Guaido, the leader of the opposition-controlled National Assembly, is recognized by the United States and more than 50 other countries as Venezuela’s acting president.

In targeting Maduro’s son, the Treasury noted that he was a member of the pro-government Constituent Assembly, which Maduro has used to sideline the National Assembly.

The U.S. statement slammed the Constituent Assembly as having been “created through an undemocratic process instigated by Maduro’s government to subvert the will of the Venezuelan people.”

It also said Maduro Guerra “has profited from Venezuelan mines along with Maduro and his wife, Cilia Flores,” and engaged in propaganda and censorship efforts on behalf of his father’s government.
Venezuela called the sanctions an attack on the president himself.

“They announce illegal measures against Constituent Assembly member Nicolas Ernesto Maduro Guerra, with the obscure goal of personalizing a continuous attack on the Bolivarian revolution and the leadership of the president of Venezuela,” the Foreign Ministry said.

The U.S. had previously sanctioned the Venezuelan president and eight members of the Constituent Assembly, as part of a wide-ranging effort that has also targeted the government’s oil revenues and access to international financial markets.