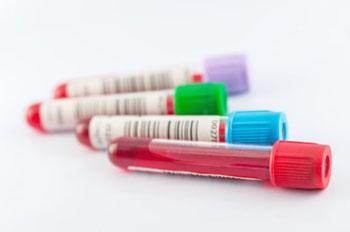 New research shows that a blood test for Alzheimer’s disease accurately detected levels of beta-amyloid protein in all stages of the condition, approaching “a level of accuracy that is usable in routine clinical care around the world.”

Doctors could soon use a simple blood test to diagnose Alzheimer’s.

The brain changes that lead to the symptoms of Alzheimer’s disease can occur decades before any other signs of the condition are noticeable.

In fact, some recent studies have claimed that certain biochemical changes in the brain may occur up to 34 years before symptom onset.

Detecting Alzheimer’s disease far enough in advance could make it easier for those affected to plan accordingly and begin treatment as early as possible.

For instance, last year, a team of scientists developed a test that detected the protein beta-amyloid from blood samples using immuno-infrared sensor technology. Having a lot of this protein in the brain is a hallmark of Alzheimer’s.

At the time, the scientists examined the effectiveness of the test using a dataset from the research of Dr. Oskar Hansson, a scientist at Lund University in Sweden and co-author of the paper that detailed the findings.

A year later, research by Dr. Niklas Mattsson — a physician at Skåne University Hospital in Sweden — found that examining changes in another protein called neurofilament light using a blood test could track Alzheimer’s progress and show whether medication is working.

Now, Drs. Mattsson and Hansson have participated in new research that aimed to investigate the effectiveness of a “fully automated immunoassay” for detecting beta-amyloid levels in a population sample that included people with Alzheimer’s, people with mild cognitive impairment, and people with neither.

Dr. Sebastian Palmqvist — an associate professor in clinical memory research at Lund University and a physician at Skåne University Hospital — is the lead author of the new study paper, which now appears in the journal JAMA Neurology.

Their studies revealed that the test “accurately predicted cerebral [beta]-amyloid status in all stages of Alzheimer disease.” Dr. Hansson says, “[W]e are starting to approach a level of accuracy that is usable in routine clinical care around the world.”

“Previous studies on methods using blood tests did not show particularly good results; it was only possible to see small differences between [people with Alzheimer’s] and healthy [older] people,” says Dr. Palmqvist.

The researchers hope that the test will soon help clinicians screen potential participants in clinical drug trials for Alzheimer’s, or that it will help healthcare professionals diagnose Alzheimer’s more accurately and earlier on, thus improving people’s access to treatment and their overall outlook.

Using the test to prescreen participants for Alzheimer’s clinical trials would “minimize the number of unnecessary ([beta-amyloid]-negative) lumbar punctures and [beta-amyloid] PET scans, as well as lowering the costs for the examinations up to 30–50%, depending on the cutoff,” they write.

“The next step to confirm this simple method to reveal beta-amyloid through blood sample analysis is to test it in a larger population where the presence of underlying Alzheimer’s is lower,” adds Dr. Palmqvist.

“We also need to test the technique in clinical settings, which we will do fairly soon in a major primary care study in Sweden. We hope that this will validate our results.