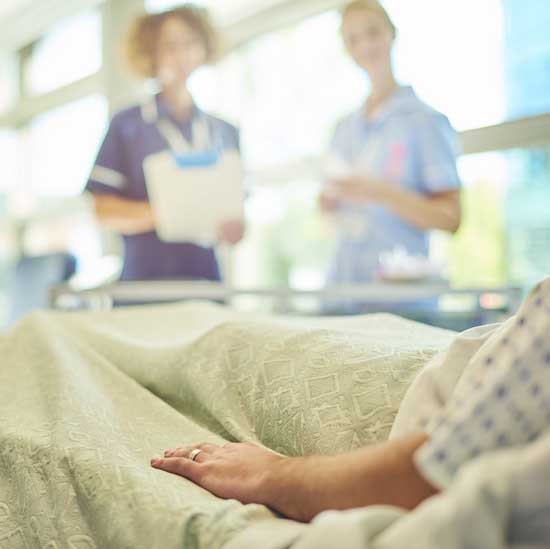 The contagious disease is spread by touching, sneezing and kissing.

Twelve people have died as a result of a Strep A outbreak in Essex, and at least 20 more people are infected by the disease in the area. The Mid Essex Clinical Commissioning Group (CCG) said they said they were doing everything they can to contain the contagious infection.

In a report issued by the group, they said most of those affected are ‘elderly and had been receiving care for chronic wounds in the community and care homes’.

Group A streptococcal (GAS) bacteria is most often found on the skin and in the throat, and it can be spread through skin contact, sneezing and kissing. Strep A can cause infections including scarlet fever, strep throat and pneumonia.

The outbreak started in Braintree, but further cases have been found around Chelmsford and Maldon. It has claimed the lives of 12 of the 32 patients. Additional infection control measures have been put in place to prevent the infection spreading by an incident management team.

What links most of the cases is that they have received community nursing care of some sort.

Public Health England is investigating the outbreak. Dr Jorg Hoffman, deputy director of health protection for PHE East of England, said: ‘What links most of the cases is that they have received community nursing care of some sort and most of those patients that have been ill or have died have received wound care such as dressing changes.

‘These may have been the entry points for this infection to take hold and cause very serious diseases in this patient population.’

Dr Hoffman has also warned there is a ‘high risk’ of further deaths if elderly people were infected by the bacteria.

What is Strep A?

Strep A is a rare and contagious bacterial strain which is ‘spread in droplets via coughsor sneezes or through direct contact with an infected person,’ Dr Roger Henderson told Netdoctor. Strep A can be both minor or invasive.

Minor Strep A is the most common and ‘does not usually cause any serious health problems,’ explains Dr Henderson.

Invasive Strep A, however, is ‘potentially much more serious and even life-threatening,’ manifesting itself as pneumonia, septicemia or meningitis.

How is Strep A prevented?

‘Most infections caused by streptococcal bacteria can be prevented or reduced in most cases by ensuring high standards of personal hygiene such as thorough hand-washing,’ says Dr Henderson.

‘It is also important to avoid sharing personal items like toiletries (such as toothbrushes and razors) and sharing food and drink utensils,’ he adds.

How is Strep A treated?

‘If treatment is required it is usually in the form of antibiotics – typically penicillin-based,’ says Dr Henderson. ‘If you are prescribed oral antibiotics it is very important that you finish your whole prescription. You may feel better immediately, or soon after taking them, but do not stop taking them until the whole course is finished.

‘People who stop taking antibiotics half way through may find that this particular antibiotic is not effective the next time they are given the same one. If the infection is severe and requires specific treatment and management, then hospitalisation may be necessary.’