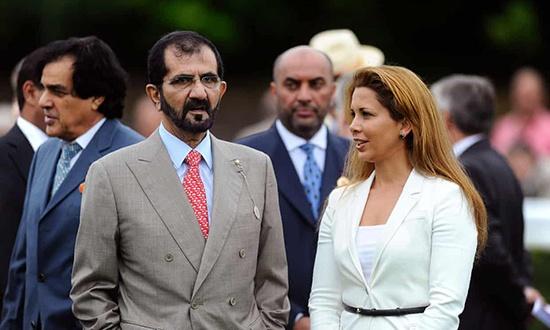 A legal battle between two of the most prominent Middle Eastern royals has been launched in the London courts amid claims that the UK government has been lobbied over the case.

Princess Haya bint al-Hussein, daughter of the late King Hussein of Jordan, and her husband, Sheikh Mohammed bin Rashid al-Maktoum, the ruler of Dubai, are understood to have parted. They are now engaged in a formal dispute in the high court. The case began after she fled Dubai and is due to resume later this month.

The Emirati royal family has already been in the spotlight over the case of Princess Latifa, Sheikh Mohammed’s daughter, who allegedly escaped Dubai and was subsequently seized off the coast of India by commandos and forcibly returned to her home.

Emirati authorities dismissed the allegations over Princess Latifa’s treatment and abduction at the time as fiction, saying that she was “vulnerable to exploitation” and had been kidnapped.

Princess Haya is close to the British royal family and owns an £85m house near Kensington Palace. Unusually, she has not been seen at Ascot this summer despite being a keen equestrian and regular racegoer. She is believed to be in the UK.

She married the billionaire Sheikh Mohammed in 2004 and is his sixth wife. The princess was educated at private schools in the UK and studied philosophy, politics and economics at Oxford University. She has served on the International Olympic Committee and has been a goodwill ambassador for the United Nations world food programme.

Requests are alleged to have been made to the UK through private Dubai channels seeking her return to the United Arab Emirates and she is believed to have been concerned about her personal safety in the UK. The Foreign Office, however, is understood to regard the matter as a private dispute.

The UAE’s embassy in London has denied that it has been involved in any discussion of Princess Haya’s presence in the UK.

A spokesperson for the UAE embassy said: “The UAE government does not intend to comment on allegations about individuals’ private lives. As for whether it has raised such an issue with its German or British counterparts, the answer is no.”

The princess was reported to have travelled initially from Dubai to Germany and supposedly sought asylum there.

Radha Stirling, chief executive of the campaign group Detained in Dubai, which follows events in the Gulf state closely, said: “We already know that Princess Latifa, Sheikh Mohammed’s daughter, fled the UAE seeking asylum and alleging unspeakable abuse at the hands of her father. Now, it seems, Princess Haya, Sheikh Mohammed’s wife, has also fled the country and sought refuge in Germany.

“Obviously, this raises serious questions as to what prompted her to flee … She is, after all, a free adult woman, and the sister of the King of Jordan; yet apparently, she feels unsafe.”

Lawyers for Sheikh Mohammed declined to comment about the case.