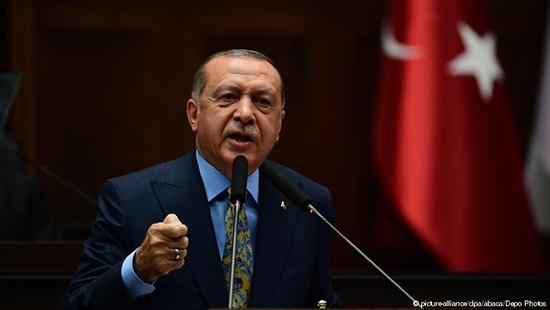 Speaking at a meeting with Japanese businesses organized by the Japanese Business Federation in the capital Tokyo, Erdoğan said Turkey is a major production and logistics base in the region.

Drawing attention to the success of entrepreneurs in Turkey, Erdoğan underlined that all businesspeople in Turkey were able to resolve any problems they may face.

“We not only support international direct investments in legal terms but we also actively support them in corporate terms,” Erdoğan said.

Erdoğan stressed that protective policy and trade wars have been pulling down economic growth on a global scale and that this has negatively affected emerging economies.

“In such a period, the value of cooperation between Turkey and Japan has risen even further,” he said and highlighting the deep-rooted and multi-directional friendly relations between the Turkish and Japanese peoples.

He underlined that over 200 companies financed with Japanese capital are currently operating in Turkey, adding that these companies have invested $3 billion in Turkey over the past decade.

Erdoğan also thanked Japanese investors for their contribution to the economic development of Turkey.

Stressing the importance of an economic partnership agreement by the end of 2019, Erdoğan said he expected the agreement to strike a balance accounting for the common goal of free trade, as well as the differences in economic development.

Erdoğan expressed pleasure that Japanese industrial products were freely able to enter the Turkish market but added that Turkish agricultural products — in which Turkey is relatively strong — face tariff and non-tariff barriers while entering Japan.