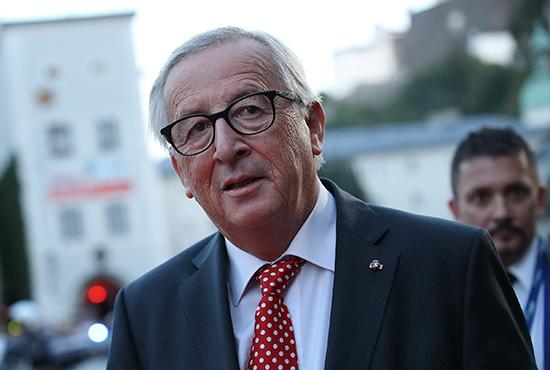 BRUSSELS (Reuters) – The European Union’s leaders gathered on Tuesday for a third consecutive day of arm-wrestling over the 28-nation bloc’s key posts, with little sign that fundamental differences had narrowed.

In the ever more fragmented bloc, leaders are trying to balance political affiliations, the varying interests of different regions, and an acute lack of women in senior ranks.

Some leaders dozed off from exhaustion in the small hours of Monday during talks that ended with Italy and ex-communist eastern states blocking socialist Dutchman Frans Timmermans from taking up the highest-profile post, that of president of the EU executive, the European Commission.

“It’s all up in the air,” an EU diplomat said. “Everything is possible. It was all over the place yesterday, so now we are back to square one.”

The Commission presidency, currently held by Jean-Claude Juncker, is the marquee post among five at stake that will shape policy in everything from commerce to climate and migration for the world’s biggest economic bloc and its 500 million people.

But Finnish Prime Minister Antti Rinne said a series of meetings between EU leaders since Monday afternoon should be enough to unlock a deal.

The jigsaw puzzle that fell apart on Monday would also have seen Bulgaria’s Kristalina Georgieva join the new EU leadership team in Brussels, whose term will run for five years.

It is highly unusual for a summit to run into a third day, and this round is already the third attempt to decide the jobs.

The inability to reach consensus bolsters criticism from anti-establishment nationalists and undermines the EU’s image as it faces multiple external challenges, from the United States, Russia, Iran and China among others.

Apart from the Commission, which monitors states’ budgets and proposes new laws, other top jobs up for grabs later this year include the presidents of the European Parliament and the European Central Bank, as well as the top diplomat in Brussels.

The fifth position is the head of the European Council, whose job is to build compromises among the member states.

EU leaders must seal a deal on Tuesday or risk being overtaken by the new European Parliament, which holds an inaugural session after a continent-wide election in May. It is due to pick its new president on Wednesday and could act independently, barring an agreement by the 28 leaders.

The new EU assembly’s approval is required for the Commission president that the national leaders nominate.

While Timmermans had enough support to be nominated under EU rules, opposition from Italy, Hungary, Poland, the Czech Republic and Slovakia risked poisoning future decision-making.

The eastern nationalist governments resent Timmermans for challenging them over curbs on the independence of judges, media, academics and non-governmental groups.

Italy faces imminent action from the Commission – where Timmermans is currently deputy head – over its high debt.

The socialist candidate was also opposed by the center-right national leaders who stake a claim to the prominent Commission role after their parties – under an umbrella group called the European People’s Party (EPP) – came in first, albeit weakened, in the parliamentary vote.

Leaders emerged frustrated on Monday from the all-night talks, with French President Emmanuel Macron dubbing them a failure and saying there could be no further EU enlargement without reforms to enable smoother functioning.

His initial deal with Angela Merkel to endorse Timmermans collapsed as the weakened German chancellor failed to deliver her fellow center-right peers.

Merkel’s own pick to lead the Commission, German Manfred Weber, was rejected earlier in the process.

But diplomats and officials said Merkel was still insisting that the next head of the EU executive must – like Weber – be a lead candidate proposed by political groups within the European Parliament.

Timmermans and the bloc’s current top competition official in Brussels, Danish liberal Margrethe Vestager, are the others. Weber’s consolation prize could be the presidency of the new EU assembly for half of the new five-year term, sources said.

Candidates have until Tuesday evening to file applications for that role.

The parliament’s spokesman said the post would be filled on Wednesday, whether or not national leaders reach agreement on Tuesday.