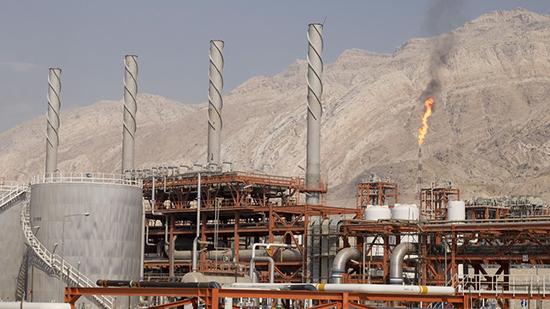 European leaders have resisted calls to start reimposing sanctions on Iran after the country said it had for the first time broken the terms of the nuclear deal it signed with foreign powers in 2015.

Iran’s foreign minister, Mohammad Javad Zarif, said on Monday it had allowed its stockpile of low-enriched uranium to exceed 300kg. The move is a carefully calibrated and reversible step intended to put pressure on Europe to do more to help mitigate the effect of crippling US sanctions.

The United Nations’ atomic agency, which oversees Iran’s compliance with the 2015 agreement, said its director general, Yukiya Amano, had confirmed to member states that Tehran had exceeded the cap.

The US withdrew from the nuclear deal last year, and Monday’s move reflects Tehran’s exasperation that EU states have been unable to do more to counterbalance the effect of US sanctions.

The UK foreign secretary, Jeremy Hunt, said he was “very worried” by the Iranian move, but he did not refer to any plan to activate the deal’s formal dispute resolution mechanism, a staged process that could end with EU sanctions being reimposed in as little as 65 days. He said in a tweet that the UK “remains committed to making [the] deal work and using all diplomatic tools to de-escalate regional tensions”.

A joint statement from the EU signatories to the deal – France, Germany and the UK – is likely within 48 hours.

European leaders had urged Iran not to breach the deal, but the focus may now be on dissuading Iran from taking further, more serious steps away from the terms.

One proposal is for the French president, Emmanuel Macron, to travel to Tehran, but there are also plans for a joint commission meeting at foreign minister level bringing together Iran and the other remaining signatories – Russia, China and the EU three.

The White House said it would continue to apply “maximum pressure” on Iran “until its leaders alter their course of action”. It added that Iran should be held to a standard barring all uranium enrichment.

The Israeli prime minister, Benjamin Netanyahu, reiterated his pledge that Israel would not allow Tehran to develop nuclear weapons. “Today I call on all of the European countries: stick to your commitment,” he said. “You committed to act as soon as Iran violates the nuclear deal, you committed to activate the mechanism of automatic sanctions that were determined by the security council. So I’m telling you: do it. Just do it.”

At this stage the EU is focusing on trying to prevent Iran from raising the level to which it enriches uranium so that it does not go above 3.7%, which would be enough to fuel a commercial nuclear power plant. Iran has said it will do this on 7 July, a step denounced by Donald Trump as nuclear blackmail.

Uranium needs to be enriched to around 90% to become weapons-grade. However, once a country enriches uranium to around 20%, scientists say, the time needed to reach 90% is halved. Iran previously has enriched to 20%.

At a meeting with Iran in Vienna last Friday, the EU announced that it had set up its long planned EU-Iran trading mechanism, Instex, and said the first transactions had been completed.

But Tehran is convinced that Europe could do more to boost trade, which has collapsed over the past year. A threat of US secondary sanctions has deterred almost all large Europe firms, including banks, from trading with Iran.

At Friday’s Vienna meeting, Iran said some of the steps announced by the EU three, including the involvement of seven other EU states in Instex and the provision of a credit line, were positive but not sufficient. Iran’s UN envoy, Majid Takht-Ravanchi, described Instex as “a very lovely car but without any gasoline”.

Tehran has been pressing Europe also to use Instex to establish larger credit lines to finance Iranian oil exports to Europe. At present Instex is confined solely to easing trade in humanitarian goods that are not subject to US sanctions, such as food and medicine.

China has given an undertaking that it will continue to purchase oil from Tehran. Iranian oil exports have fallen to around 400,000 barrels a day, harming public finances. Another idea is for the EU to fund the export of Iranian low-enriched uranium so that the stockpile limit is not breached.

In a speech broadcast live on state TV, Zarif vowed that Iran would never give in to US pressure. “If they want to talk to Iran, they should show respect,” he said. “Never threaten an Iranian … Iran has always resisted pressure and has responded with respect when respected.”

Zarif hailed Instex as potentially a historic route to combating the pernicious dominance of the dollar in international trade. “Although it does not meet the demands of the Islamic republic [or] Europeans’ obligations … it has a strategic value [in showing] that the closest allies of the United States are distancing themselves from America in their economic relations. This will certainly have long-term effects,” he said.