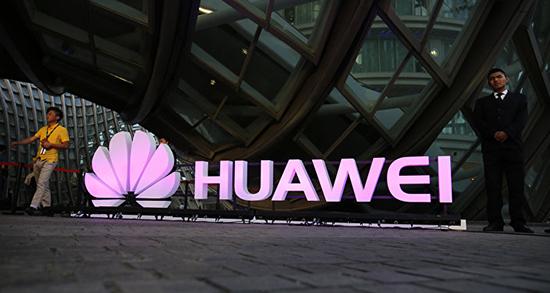 A truce in the US-China trade dispute that could ease restrictions on Chinese telecom giant Huawei has caused an uproar in Washington over national security concerns.

US lawmakers from both parties are objecting to a move by US President Donald Trump to partially ease restrictions on US companies selling technology to Chinese telecom manufacturer Huawei. The concession arose from a trade war truceagreed to with Chinese President Xi Jinping at the G20 summit.

Over the past few months, the Trump administration has been ratcheting up pressure on Huawei over security concerns that the company’s technology could be used as a tool for Chinese espionage and surveillance.

It remains unclear what restrictions would be lifted. Under the current rules, Huawei could be denied access to key software produced by US manufacturers, including much of the Google Android system as well as essential hardware such as semiconductors.

On Monday, Huawei issued a statement saying it was “awaiting guidance” from the US Department of Commerce on whether it can resume using Google’s Android operating system on its upcoming line of smartphones.

In May, the US Commerce Department began requiring US manufacturers to apply for a license before selling equipment to Huawei, making it very difficult for the company to acquire US-made computer chips. Washington has also been trying to persuade its allies around the world not to use Huawei technology to build new 5G networks.

While Trump’s announcement Saturday suggesting a looser grip on Huawei was welcomed by the US semiconductor industry, lawmakers were quick to criticize Trump’s about-face on Huawei’s potential security risks.

Republican Senator Marco Rubio, who has sponsored legislation targeting Huawei, said that it would be a “catastrophic mistake” if Trump were to “bargain away” restrictions on Huawei.

Rubio also said that he would push forward legislation to put restrictions on Huawei back in place, and promised that it would pass with a “veto proof” majority.

On the other side of the isle, Democratic Senator Chuck Schumer said that the move would “dramatically undercut” US ability to change China’s “unfair trade practices.”

If President Trump has in fact bargained away the recent restrictions on #Huawei, then we will have to get those restrictions put back in place through legislation.

And it will pass with a large veto proof majority.

‘We understand the risks’

White House economic advisor Larry Kudlow downplayed the concerns on lifting restrictions, saying that it would only affect “stuff that’s generally available” including chips, software and services that are available all around the world and are not specific to the US.

“Anything to do with national security concerns will not receive a new license from the commerce department,” Kudlow told CBS news on Sunday.

“We understand the huge risks regarding Huawei. We will fully address Huawei not until the end of the trade talks. That will come last and concern the long term future with Huawei.

Huawei is a global leader in developing the roll-out of 5G technology, an ultra-fast data networkthat is projected to revolutionize telecommunications. It has repeatedly denied being a vehicle for surveillance from Beijing, and maintains it is an independent company not under the control of the Chinese government.