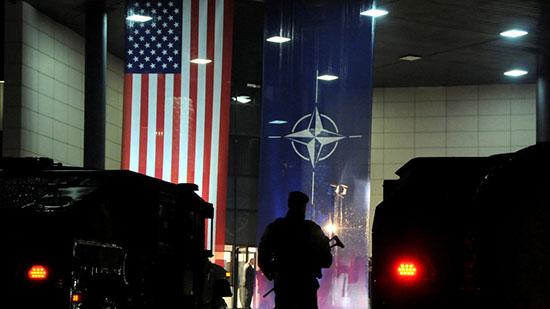 At a time when the security architecture of Europe is fundamentally shifting, NATO needs the same strength and unity that it once cultivated to help the West win the Cold War

During the same week that the Parliamentary Assembly of the Council of Europe – PACE – voted to allow Russia back into Europe’s main human rights body five years after being barred for invading neighbouring Ukraine, the leader of the NATO military alliance warned its 32 members that Europe’s security could be compromised by Russia’s decision to exit a key Cold War-era arms treaty.

That warning was followed by an announcement from Secretary-General Jens Stoltenberg that NATO is actively considering ways to bolster its defences against the threat of Russia’s missile systems if Moscow fails to comply with the Intermediate-Range Nuclear Forces Treaty (INF) by August. This decision added a new, and potentially critical narrative, to the Western alliance’s resurgent efforts to consolidate their vast economic, political, and military resources to counter further provocations by the Kremlin.

Stoltenberg, who was speaking after NATO defence ministers’ meeting at the alliance’s headquarters in Brussels, underscored the threat posed by Russia’s recently deployed SSC-8 – a missile that NATO members say is nuclear-capable and has a range of 2,000 kilometres. Russia says the missile has a range of only 480 kilometres. The INF treaty bans the production, testing, and deployment of ballistic and land-based cruise missiles with a range of up to 5,500 kilometres.

“These missiles are capable of carrying nuclear warheads,” Stoltenberg said. “They can reach European cities within minutes. They are hard to detect.”

Russia has denied that it is in violation of the INF treaty and has instead attempted to re-direct criticism towards the United States, saying Washington was in breach of the 1987 deal that has been a cornerstone of European nuclear security since it was ratified by the US and the Soviet Union.

Moscow’s actions moved Stoltenberg to comment that NATO “is preparing for a world without the INF treaty”, while adding that, “Russia’s choice is simple – Return to compliance and uphold its arms control commitments, or continue its irresponsible and dangerous behaviour and bear full responsibility for the collapse of the treaty.”

With reality setting in that the West would now have to deal with security architecture that does not include guarantees from a major adversary regarding its nuclear arsenal, NATO’s defence ministers will now have to focus on how to deter Russia from launching a missile attack on short notice against Europe if, indeed, the INF treaty – which bans land-based nuclear warheads – collapses next month.

Stoltenberg has already reiterated that “the ministers have agreed that NATO will respond should Russia fail to return to compliance…They (the Kremlin) will have to bear the full responsibility for the demise of the treaty.” As part of that message, however, Stoltenberg said NATO would not place nuclear-capable, land-based medium-range missiles in Europe, as was the case during the height of the Cold War.

As currently postured, however, NATO cannot successfully defend the territory of its most exposed members. In the event of a conventional war, Russian forces would be able to reach the outskirts of the Estonian or Latvian capitals of Tallinn and Riga in a matter of hours. Such a rapid defeat would leave NATO with a limited number of options.

To deter Moscow from attempting to use its large and well-equipped ground forces either to intimidate its neighbours or to conduct operations against – for example, the Baltics, Poland, Ukraine, Georgia, or Romania – NATO must have a robust conventional capability deployed in Eastern Europe.

Much of the policy to move forward remains only in the planning stages, what is on the table appears to have the full backing of the vast majority of the alliance’s members. This is the type of much-needed solidarity between Americans and Europeans that will be critical when formulating a response to the geopolitical designs of the Kremlin.

Though many European political figures worry that they will be caught up in a new nuclear competition between Moscow and Washington, the military and civilian members of NATO understand that certain steps need to be taken to underline NATO’s determination to protect Europe and raise the economic and military costs for Russia in order to deter any possible further endeavours similar to the Kremlin’s actions in NATO-aligned countries including Ukraine and Georgia.

Diplomats across Europe are continuing to urge Moscow to destroy the treaty-busting SSC-8, but according to Luxembourg’s Defence Minister François Bausch, NATO needs to be the “military answer” because the security of Europe is at stake.

The door remains open for the NATO members to deploy large numbers of warplanes and bombers capable of carrying high payloads and to re-positioning sea-based missile systems that would act as a deterrent against Moscow’s strategic rocket forces near the Baltic and Black seas. There also remains the possibility that the alliance could reconfigure its ballistic missile defence shield in southeastern Europe to counter Russian weapons systems.

Another important move that the alliance looks likely to take is to increase its increasingly deeper cooperation with both Ukraine and Georgia – two former Soviet republics who want to join NATO within the next several years. Despite the fact that neither country is a member of the alliance, but now that Ukraine has deepened its ties to NATO, Kyiv appears to be on the cusp of joining Georgia in being able to send official military contingents to join NATO missions that would aid with situation awareness in the Black Sea and the Sea of Azov – areas of operation where Ukraine’s armed forces have been in a military standoff with Russia for over five years.

NATO envoys are expected to meet Russian officials in the NATO-Russia Council forum to make a last-ditch attempt to save the INF treaty before the August deadline, but what’s paramount is that the alliance needs to mine the spirit of the unity that it showed during the darkest days of the Cold War in order to guarantee Europe’s security and stress that its overall military and economic power is no match for challengers like Russia or China.

Just days after US President Donald J. Trump narrowly called off strikes against military targets in Iran over Tehran’s downing of a US drone, acting US Defense Secretary Mark Esper told the US’ allies in NATO during the alliance’s defence ministerial meeting in Brussels that his main aim was to gain support from NATO for increasing the West’s efforts to deter conflict with Iran and open the door to diplomacy with the Islamic Republic.

Washington’s European allies, critical of Trump’s decision to withdraw from a 2015 nuclear deal with Iran, have reacted with alarm in recent weeks. The European allies told the gathering they wanted to see the United States and Iran de-escalate tensions, adding they would support all diplomatic efforts, but stopped short of saying that they would back a military option.

“We do not seek armed conflict with Iran but we are ready to defend US forces and interests in the region. No one should mistake restraint for weakness,” said Esper who emphasised that the White House is counting on the backing of Europe as well as strong solidarity within NATO to counter and threats from Iran, particularly after the Islamic Revolutionary Guard Corps appears to have been behind a series of attacks on ships in the Persian Gulf.

“I discussed the need to internationalize this issue by encouraging NATO allies and regional partners to voice their opposition to Iran’s bad behaviour and to help us deter further provocative acts by improving maritime security,” said Esper.

Many of the NATO allies openly supported Esper’s overall message at the gathering, but France, traditionally always sceptical of the Anglo-speaking leadership within the alliance reportedly voiced concerns in the closed-door sessions, particularly when it came to any possibility of a formal NATO role in the Iran crisis.

Germany, which has taken a stronger stance on Iran in recent years, did, however, underscore the importance of Iran’s 2015 nuclear deal with major world partners, saying it is “the only thing we have”.

The NATO allies did point out that Iran appears to be on course to violate the threshold in its nuclear agreement w within days by accumulating more enriched uranium than the deal permitted.

In the event that the mullahs in Tehran cross the line and attempt an overt or clandestine action that further destabilises the Middle East or puts in on track to enter into a nuclear arms race, NATO and its closest allies should make moves that would ultimately end any further aggressive actions by the Revolutionary Guards and ensure safe passage of shipping through the Strait of Hormuz.

Much like the situation with Russia, where the EU seems paralysed by its own infighting on just how far the pushback against Moscow should be and the need to disagree with Washington simply to spite the White House, the situation in the Persian Gulf gives NATO and its close allies the opportunity to show strength and unity.