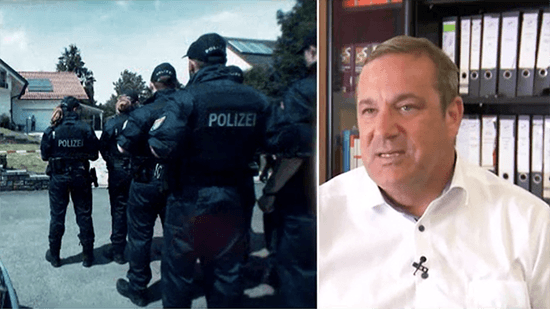 With nearly a terabyte of evidence missing, a lawyer for one of more than 40 victims in a suspected serial child sexual abuse case at a German campsite has come forward with concerns over the botched investigation process.

The horrifying case involves over 450 cases of child abuse over the span of 20 years, made all the more disturbing by new accusations against the local authorities tasked with investigating the case. Aside from failing to take action for such a long period of time, one of the victim’s lawyers, Roman von Alvensleben, told RT the police did more than just drop the ball.

It turns out that people with prior convictions for possession of child pornography were working at that police station, and still are.

In addition to losing over a terabyte of evidence, Alvensleben says that the interrogation methods used by the police had not been age appropriate, taking place at the police station without the presence of someone from social services.

Admitting “police failure,” North Rhine-Westphalia’s Interior Minister Herbert Reul described the situation as a “debacle,” but Alvensleben thinks it is worse than that. He argues that case shows how “the abuse of children is not really taken seriously in our society.”