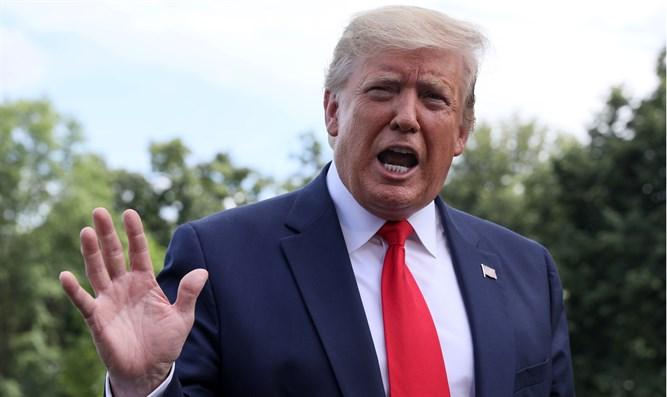 OSAKA (Reuters) – The United States and China agreed on Saturday to restart trade talks after President Donald Trump offered concessions including no new tariffs and an easing of restrictions on tech company Huawei in order to reduce tensions with Beijing.

China agreed to make unspecified new purchases of U.S. farm products and return to the negotiating table, Trump said. No deadline was set for progress on a deal, and the world’s two largest economies remain at odds over significant parts of an agreement.

The last major round of talks collapsed in May.

Financial markets, which have been rattled by the nearly year-long trade war, are likely to cheer the truce. Washington and Beijing have slapped tariffs on billions of dollars of each other’s imports, stoking fears of a wider global trade war. Those tariffs remain in place while negotiations resume.

“We’re right back on track,” Trump told reporters after an 80-minute meeting with Chinese President Xi Jinping at a summit of leaders of the Group of 20 (G20) major economies in Osaka, Japan.

“We’re holding back on tariffs and they’re going to buy farm products,” Trump said, without giving details about the purchases.

“The quality of the transaction is far more important to me than speed,” he tweeted. “I am in no hurry, but things look very good!”

The U.S. president had threatened to slap new levies on roughly $300 billion of additional Chinese goods, including popular consumer products, if the meeting in Japan proved unsuccessful. Such a move would have extended existing tariffs to almost all Chinese imports into the United States.

In a lengthy statement on the two-way talks, China’s foreign ministry quoted Xi as telling Trump he hoped the United States could treat Chinese companies fairly.

“China is sincere about continuing negotiations with the United States … but negotiations should be equal and show mutual respect,” the foreign ministry quoted Xi as saying.

Trump offered an olive branch to Xi on Huawei Technologies Co [HWT.UL], the world’s biggest telecom network gear maker. The Trump administration has said the Chinese firm is too close to China’s government and poses a national security risk, and has lobbied U.S. allies to keep Huawei out of next-generation 5G telecommunications infrastructure.

Trump’s Commerce Department has put Huawei on its “entity list,” effectively banning the company from buying parts and components from U.S. companies without U.S. government approval.

But Trump said on Saturday he did not think that was fair to U.S. suppliers, who were upset by the move. “We’re allowing that, because that wasn’t national security,” he said.

Trump said the U.S. Commerce Department would study in the next few days whether to take Huawei off the list of firms banned from buying components and technology from U.S. companies without government approval.

“If the U.S. does what it says, then of course, we welcome it,” said Wang Xiaolong, the Chinese foreign ministry’s envoy for G20 affairs.

“We are encouraged the talks are restarting and additional tariffs are on hold and we look forward to getting more detail on the president’s remarks on Huawei,” John Neuffer, president of the U.S. Semiconductor Association, said in a statement.

Republican U.S. Senator Marco Rubio, however, tweeted that any agreement to reverse the recent U.S. action against Huawei would be a “catastrophic mistake” and that legislation would be needed to put the restrictions back in place if that turned out to be the case.

Last month, Rubio and Democratic U.S. Senator Mark Warner urged Trump to not use Huawei as a bargaining chip for trade negotiations.

Huawei has come under mounting scrutiny for over a year, led by U.S. allegations that “back doors” in its routers, switches and other gear could allow China to spy on U.S. communications.

The company has denied its products pose a security threat. It declined to comment on the developments on Saturday.

The problems at Huawei have filtered across to the broader chip industry, with Broadcom Inc (AVGO.O) warning of a broad slowdown in demand and cutting its revenue forecast.

Trump said he and Xi did not discuss the extradition proceedings against Meng Wanzhou, Huawei’s chief financial officer, who was arrested in Canada in December on charges alleging she misled global banks about Huawei’s relationship with a company in Iran.

Scores of Asia specialists, including former U.S. diplomats and military officers, urged Trump to rethink policies that “treat China as an enemy,” warning that approach could hurt U.S. interests and the global economy, according to a draft open letter reviewed by Reuters on Saturday.

Investors, businesses and financial leaders have for months been warning that an intractable tit-for-tat tariff war between the United States and China could damage global supply chains and push the world economy over a cliff.

International Monetary Fund Managing Director Christine Lagarde on Saturday urged G20 policymakers to reduce tariffs and other obstacles to trade, warning that the global economy had hit a “rough patch” due to the trade conflict.

Although analysts cheered a resumption of talks between Washington and Beijing, some questioned whether the two sides would be able to build enough momentum to breach the divide and forge a lasting deal.

“Translating this truce into a durable easing of trade tensions is far from automatic … especially as what’s in play now extends well beyond economics to include delicate national security issues of both immediate- and longer-term nature,” said Mohamed El-Erian, chief economic adviser at Allianz.

The United States says China has been stealing American intellectual property for years, forces U.S. firms to share trade secrets as a condition for doing business in China, and subsidizes state-owned firms to dominate industries.

China has said the United States is making unreasonable demands and must also make concessions.

The negotiations hit an impasse in May after Washington accused Beijing of reneging on reform pledges made during months of talks. Trump raised tariffs to 25% from 10% on $200 billion of Chinese goods, and China retaliated by raising levies on a list of U.S. imports.