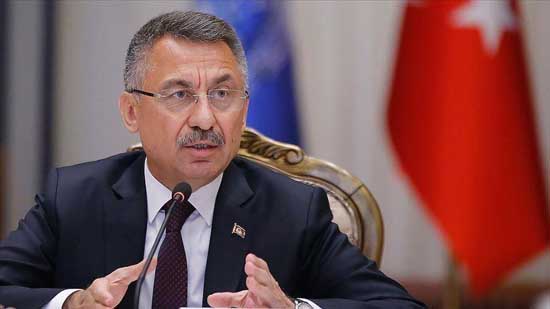 Turkey is committed to protecting the safety and rights of its citizens world over, Vice President Fuat Oktay said early on July 1.

“If our citizens are not released immediately, those responsible will become a legitimate target and the consequences will be severe,” Oktay said.

He added that all related institutions continue making efforts to bring back the citizens to Turkey.

Earlier on June 28, Haftar‘s spokesman Ahmed al-Mismari announced a ban on commercial flights from Libya to Turkey and ordered his forces to attack Turkish ships and interests in the country.

On June 30, the Turkish Embassy in Tripoli on its website advised its citizens to avoid any steps that will jeopardize their security and safety in the regions under control of the illegal militia loyal to Haftar.

“Detention of 6 Turkish citizens by Haftar‘s illegal militia in Libya is an act of banditry and piracy. We expect our citizens to be released immediately,” İbrahim Kalın wrote on Twitter.

He added that otherwise, Haftar elements will become “legitimate targets”.