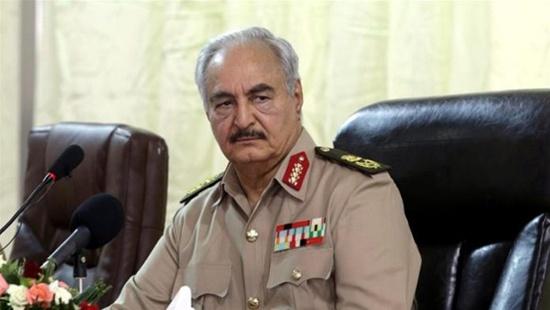 Turkey said on Sunday that six of its citizens were being held by eastern Libyan forces loyal to Khalifa Haftar and that the militia would become a “legitimate target” if they were not released immediately, Reuters reported.

Turkey supports the internationally recognized government in Tripoli, which on Wednesday pushed back eastern forces that have been trying for three months to seize the Libyan capital.

Ankara has also supplied drones and trucks to forces allied to Tripoli’s Western-backed prime minister, Fayez al-Serraj, while Haftar’s Libyan National Army (LNA) has received support from the United Arab Emirates and Egypt, according to diplomats.

“The detention of six of our citizens by illegal militia forces linked to Haftar is an action that amounts to banditry and piracy. We expect the immediate release of our citizens,” Turkey’s Foreign Ministry said in a statement. “If not, Haftar’s forces will become legitimate targets.”

On Friday, a spokesman for Haftar’s forces said they were banning commercial flights from Libya to Turkey and warned that any Turkish aircraft or ship attempting to land or dock in Tripoli would be treated as hostile. He also said the LNA would attack any Turkish military presence.

Haftar and his backers say they are trying to free Tripoli from militias that they accuse of destabilizing Libya since the fall of Muammar Gaddafi in a NATO-backed uprising in 2011.

Haftar’s critics accuse him of trying to seize power through force and deepening a conflict between factions based in the east and west of the sprawling North African country.