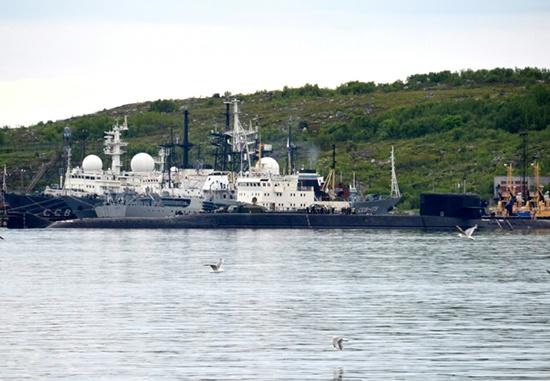 AFP – Fourteen Russian seamen have died in a fire on a deep-water research submersible, Russia’s defence ministry said Tuesday, amid local media reports that the vessel was a secretive nuclear-powered mini-submarine.

Russian officials have offered little information about the vessel or the circumstances of the accident, but the presence of many senior ranking officers on board could suggest it was not on an ordinary assignment.

The defence ministry said the 14 crew were killed on Monday by inhaling poisonous fumes after a fire broke out on a “scientific research deep-sea submersible” studying sea floor terrain in Russia’s territorial waters in the far north.

However the Novaya Gazeta newspaper cited sources as saying that the accident took place on an AS-12 nuclear mini-submarine, which is capable of going to extreme depths.

And Norway’s radiation authority revealed that Russia had informed it that there had been a gas explosion onboard the sub — a claim swiftly denied by Moscow.

“There has been a gas explosion, confirmed by the Russian authorities”, Per Strand, director of the Norwegian Radiation Protection Authority (NRPA), told AFP.

“We are waiting for information from the Russian side about whether there was a reactor onboard the submarine,” he told AFP, adding that the NRPA had not noticed an increase in radiation levels in the area.

Russia’s defence ministry however said “there were no notifications sent to the Norwegian side regarding the Russian science research deep water apparatus”.

President Vladimir Putin ordered a full investigation into what he deemed a “tragedy” in the country’s far north, the latest in a string of disasters and accidents to hit Russia’s navy.

“It is a big loss for the navy, and for the army as a whole,” Putin said of the accident, which has echoes of the sinking of the Kursk submarine in 2000 that claimed the lives of 118 personnel and shook the first year of his presidency.

“It is not an ordinary vessel, as we know, it’s a scientific-research vessel, its crew is highly professional,” Putin said.

He said the victims included seven Captain First Rank officers — the most senior staff officers in the Russian navy — and two have been awarded Hero of Russia, a top title given out by the president.

The fire was put out and the vessel returned to a military base in the northern city of Severomorsk which is located on the Kola Peninsula above the Arctic Circle. It is unknown how many were on board the sub.

The Investigative Committee — which reports directly to Putin — said it was conducting a “pre-investigation probe”.

Putin ordered Defence Minister Sergei Shoigu to travel to Severomorsk to direct the probe and report back.

A military expert, speaking to AFP on condition of anonymity, rubbished claims that the fire happened during scientific research.

“Usually it’s a cover for different type of work conducted on the seabed” like laying cables, the expert said.

The Novaya Gazeta reported that the fire took place in a compartment of the AS-12 submarine, also known as Losharik — the name of a Soviet-era cartoon charactor, a winsome little toy horse made of balloons.

Little is known about the AS-12.

It was launched in 2003 and is designated for research, rescue and special military operations.

Russia has seen a number of such accidents in the post-Soviet period.

In August 2000, the Kursk submarine sank in the Barents Sea with the loss of all 118 aboard.

An inquiry found that a torpedo had exploded, detonating all the others.

Putin, who stayed on holiday for several days after the disaster, was severely criticised for his response.

Moscow also controversially turned down foreign offers of assistance for the rescue effort.

In another accident in 2008, 20 people — three naval officers and 17 civilians — were killed by poison gas after a vessel’s fire-extinguishing system was accidentally activated during trials in the Sea of Japan.

In 2011, one of Russia’s biggest nuclear submarines caught fire while undergoing repairs in dock in the northern Murmansk region.

Later it was reported the sub was armed with long-range nuclear missiles when it caught fire.