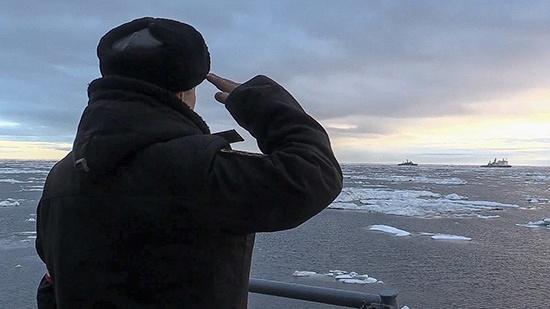 In a first public statement about the fatal incident on board of a Russian deep sea research vehicle, President Vladimir Putin said that it’s a “great loss,” adding that 2 heroes of Russia and 7 high-ranking officers were killed.

“It is not an ordinary vessel, it is a research vessel,” the president said while meeting with the Russian Defense Minister Sergey Shoigu in the wake of the tragedy.

Putin referred to the vessel’s crew as “highly qualified professionals” and called the deaths of 14 sailors a “great loss for Russia and our fleet.”

He specified that two of those who died in the fire on board the research vessel were previously awarded the nation’s highest honorary title – the Hero of Russia – while seven were navy officers in the rank of ‘captain 1st class’ (Russian equivalent to NATO OF-5/US O-6 captain rank).

Putin ordered Shoigu to personally travel to Severomorsk, where the research vessel is currently stationed, to oversee the investigation and to report to him upon return.

On Monday, a Russian Navy’s deep sea research vessel caught fire during a planned operation aimed at exploring the seabed in the Russian territorial waters.

The Russian Investigative Committee launched an investigation into the incident. The Russian Navy also initiated its own probe led by the Navy head, Nikolay Evmenov. The cause of the fire remains unknown so far.

Meanwhile, the director of the Norwegian Radiation and Nuclear Safety Authority, Per Strand, told Reuters citing unnamed Russian officials that the fire on board of the Russian vessel was allegedly caused by a gas explosion. He added that his agency did not detect any abnormal levels of radiation following the incident.

The Russian Defense Ministry promptly dismissed the report by Reuters as it said that it did not inform any Norwegian officials about the incident.