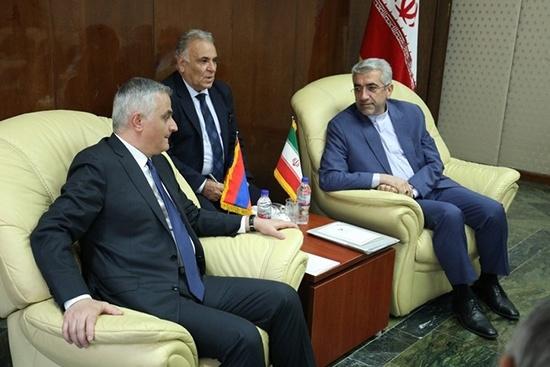 As co-chairs of the Armenian-Iranian Intergovernmental Commission on Economic Cooperation, Mher Grigoryan and Reza Ardakanian discussed a number of issues on the agenda of the upcoming sitting.

They referred to the process of ongoing joint Armenian-Iranian projects and the perspectives of development of cooperation.

The interlocutors attached importance to the ratification of the interim agreement between Iran and the Eurasian Economic Union (EAEU) by the parliaments of the two countries.

The Deputy Prime Minister noted that with joint efforts it will be possible to make best use of the opportunities provided by the agreement.

He added that as the only EAEU country sharing a state border with Iran, Armenia will have its contribution to the development of relations in both bilateral and multilateral formats.

The parties also exchanged views on issues of regional importance and reciprocal interest.