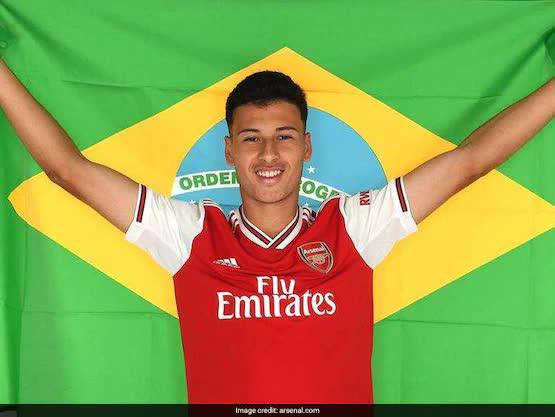 Arsenal have signed 18-year-old Brazilian forward Gabriel Martinelli from Ituano Futebol Clube for an undisclosed fee, the Londoners announced on Tuesday. Martinelli scored 10 goals in 34 appearances for Sao Paulo-based club Ituano and was called up for a training camp with the senior Brazil squad ahead of the Copa America. “It is a dream since I was a child and also my family’s dream for me to be playing in Europe and playing for a big team like Arsenal. I am going to take this opportunity,” he told the Arsenal website.

Martinelli becomes Arsenal’s first new recruit of the summer, while a reported 40 million pounds ($50 million) bid from the Gunners for Wilfried Zaha has been rejected by Crystal Palace.

The Eagles, who sold right-back Aaron Wan-Bissaka for a deal worth up to £50 million to Manchester United earlier this week, are believed to value Zaha at £80 million.

However, Zaha’s brother has pleaded with Palace to let him join the club he supported as a boy.

Judicael Zaha told Sky Sports: “Given all that Wilfried has given to Crystal Palace to help them remain a Premier League club, I hope Palace will be able to see their way to agreeing a deal with Arsenal that allows Wilfried to realise his dream of playing European football for the club he’s supported since childhood.”

Zaha is currently on international duty at the Africa Cup of Nations with Ivory Coast and scored in a 4-1 win over Namibia on Monday to help them reach the last 16.