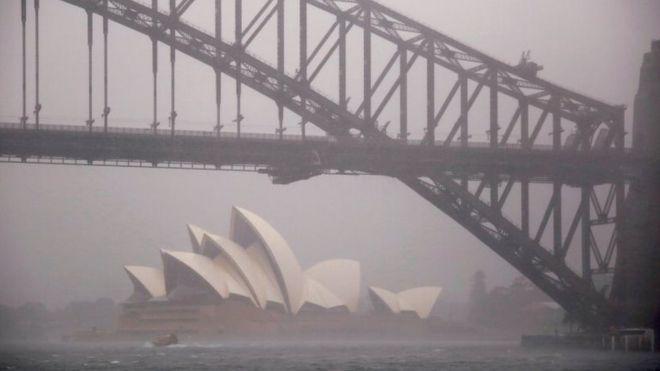 SYDNEY (Reuters) – Australian bank earnings are getting squeezed by the central bank’s move to cut the cash rate to a record low 1%, analysts and investors say, as it gets harder to reduce deposit rates to offset the cheaper mortgages they must now offer borrowers.

Shares of the so-called Big Four banks fell between 0.73% and 1.2% in the 24 hours following Tuesday’s cut, underperforming an otherwise rising market.

Commonwealth Bank of Australia (CBA.AX), the biggest of the four, is seen as one of the most susceptible because it has the largest deposit book and cannot drop rates much lower to its existing customers.

“It is bad for their earnings, and that’s mostly because they have a very large deposit book paying near zero rates, which doesn’t go down any more,” said Simon Mawhinney, chief investment officer at fund manager Allan Gray.

“So the cost of funds tends to stay more or less fixed, but their interest income falls with the rate cuts.”

On Tuesday, the Reserve Bank of Australia (RBA) lowered the cash rate by 25 basis points, the second easing in two months to support an economy forecast to grow at its slowest pace in a decade.

The cut will reduce the bank’s margins by about 3 basis points and cut earnings by up to 2.5% for the current financial year, according to Morgan Stanley. Each bank, however, does its best to try and hedge this impact by investing in longer-dated bonds. The lenders’ profits took a hit last year from weak credit growth, and charges to cover hefty legal bills and remediation costs linked to widespread wrongdoing in the sector.

In an attempt to protect margins, three of Australia’s four biggest lenders resisted public pressure to pass on the central bank rate cut in full to mortgage customers, although the strategy risks triggering a public rebuke from the government.

At the same time, banks tended not to drop interest rates on savings and deposit accounts by the full quarter of a percent.

Following a bank share rally last month driven by relief a change of government would not cut tax incentives for property buyers, investors and analysts are now reining in their earnings expectations.

This is particularly so now that the RBA has hinted it is open to a third rate cut this year as it attempts to revive the country’s sluggish economy.

“Rate cuts typically happen at the point of the cycle when the economy is quite weak and credit growth is low,” said Mawhinney.

“So rate cuts are bad, all round, for banks.”

JP Morgan banking analysts told clients on Wednesday in a note that given ANZ had passed on the full benefit of the cut to borrowers, its earnings would now be lowered by about 2%.

It warned that any further rate cuts would require the banks to hold back much more because “saver base rates have hit their lower bound”.

Reporting by Paulina Duran in SYDNEY; Editing by Shri Navaratnam