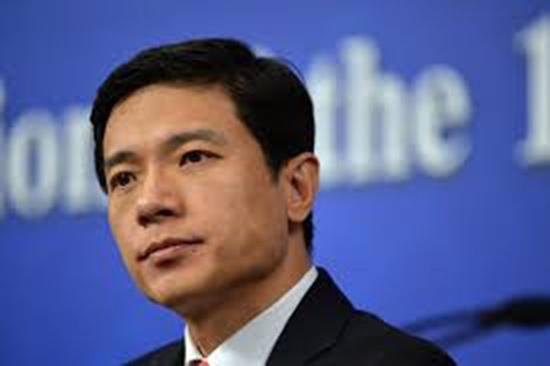 SHANGHAI/BEIJING (Reuters) – A man poured a bottle of water over Baidu Inc Chief Executive Robin Li on Wednesday at the opening of an annual conference for the Chinese search giant.

Li was speaking of applications for artificial intelligence (AI) in a speech when the young man approached him, spilled the liquid over Li’s head, and walked away.

“There are many difficulties on the road to achieve AI, but it will not impact Baidu’s determination,” Li calmly said to the applause of the audience.

He then went on with the lecture.

The incident took place at the start of Baidu Create 2019, a yearly gathering where the company shows off its advances in AI.

The identity and motive of the man who poured the water were not known and he could not be reached for comment.

The company later said the someone had “poured cold water” on AI but it would press forward and never change.

Baidu and Li have long been targets of public anger over perceived problems linked to searches.

The company faced a major public backlash in 2016 when a Chinese student died after seeking a medical treatment advertised on Baidu’s search pages.

This year, a journalist’s lengthy criticism of the quality of Baidu’s search results went viral.

Some commentators made fun of the incident on the Weibo social media platform.

“No matter how much you hate Robin Li, this is a waste of water,” one Weibo user wrote.