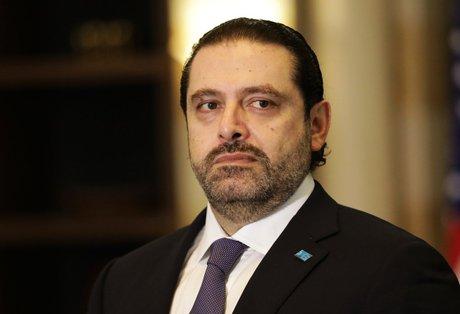 Waiting almost two hours for the quorum to be met, Prime Minister Saad Hariri adjourned the Cabinet meeting on Tuesday saying the move was necessary in order to vent tension after Sunday’s deadly incident in the Alley village of Qabrshmoun.

“We need at least 48 hours to vent the tension, that’s why I postponed the session,” said Hariri addressing reporters.

To a question whether they plan to refer the issue to the Judicial Council as requested by said Strong Lebanon bloc, Hariri said: “What matters is the outcome and uncovering the perpetrator. They must be referred to the judiciary which in turn will take decisive measures.

“I don’t mean to undermine the Judicial Council, but tell me what issues referred to it were solved?” Hariri said.

“Let us give the judiciary a chance and let the security apparatuses do their job,” he added.

The Cabinet session was scheduled to begin at 11:30 a.m., but by 1:00 p.m., none of the Strong Lebanon bloc ministers had arrived. They were holding a meeting at the Foreign Ministry to discuss the stance they intend to take at the Cabinet regarding the incident.

Arslan on Monday said the incident must be referred to the Judicial Council, the highest judicial court in Lebanon.

By 1:14 p.m., the absent ministers began arriving at the Grand Serail. The Cabinet only convened briefly when Hariri left the hall and made the statement to reporters.

On Sunday, two guards of al-Gharib, were killed when gunmen opened fire at the Minister’s convoy in the mountain village of Qabshmoun near Beirut.

The shooting came as supporters of Druze leader Jumblat, closed roads to prevent Bassil from touring the region. Bassil and al-Gharib are allies.

The PSP said in a statement that al-Gharib’s guards opened fire “randomly” at a group of people who were closing the road to prevent Bassil from passing. It said a PSP supporter was wounded in the shooting, and that others who had weapons opened fire at al-Gharib’s convoy, killing two of his guards.