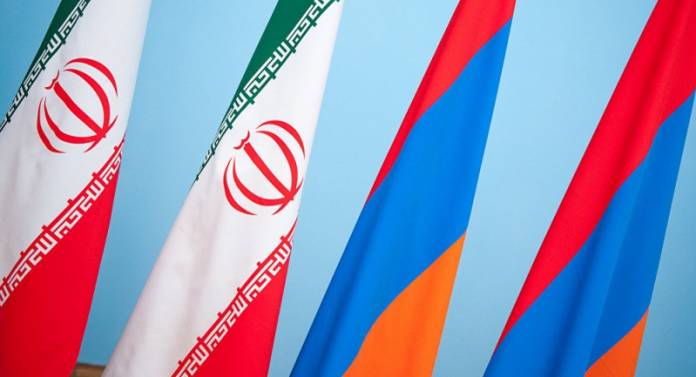 Baku/03.07.19/Turan: At the international military-technical forum “Army”, held June 25-30 in the Kubinka near Moscow, Armenia demonstrated the Najm-802 radar station, jointly with Iran.

The radar is used for remote detection of flying targets, issuing coordinates and then destroying the target. Naim-802 was designed at the Yerevan Telecommunications Research Institute (YTRI).

Mobile radars can operate 24 hours a day without a nearby crew. “This development allows creating a continuous radar field over Armenia and Nagorno-Karabakh. Separately, it should be noted that the radar electronics is located far from the antenna post and, which virtually eliminates the risk of damage to military personnel in the event of the use of anti-radar missiles. In addition, the cheapest part of the complex, which can be quickly replaced, comes under attack,” the Moscow resource Regnum reported on July 1, 2019.

At the “Army” forum, the Armenian delegation also showed unmanned combat aircraft capable of conducting aerial reconnaissance and performing the function of a “flying projectile”, body armor, thermal imagers for night detection of the enemy and other military products.

Regnum reports that the entire air defense system of Armenia is integrated within an automated control system (ACS), where information from all means of detection and destruction is collected and processed. Man-portable air defense systems (MANPADS) are already beginning to be integrated into this system.

On one portable platform, Igla-S or Verba MANPADS, electronic warfare system (EW) for suppressing the control signals of the enemy”s drones, as well as a computer connected to the united automated control system of the air defense of Armenia are combined. It is in the last device and the main advantage of the complex – now the MANPADS operator does not need to visually search for enemy aircraft, he will see all the information from radars and other means of detection on the screen. This markedly increases the operator”s reaction rate and simplifies the use of MANPADS, Regnum reported.

The Iranian-Armenian military-technical cooperation intensified after the defeat of the Armenian army in April 2016.

On May 24-25, 2016, the then Deputy Minister of Defense of Armenia David Tonoyan held a meeting with his Iranian counterpart Firuz Masihpur, as well as the head of the country’s defense department Hossein Dehgan in Tehran.

The Armenian delegation visited Malik Ashtar University of Science and Technology. The parties agreed on an agenda for military cooperation and outlined activities in this context. Already in June, a delegation of the Armenian Defense Ministry headed by General Movses Akopyan, head of the logistics department, visited Iran. The Armenian representatives visited the factories and shops of the company ETKA, working under the patronage of the Iranian Ministry of Defense, and held a meeting with its executive director Mehdi Karbalai. The delegation was acquainted with the products of ETKA, and held a regular meeting with the head of the Ministry of Defense of the Islamic Republic of Iran. Following the visit, a memorandum of understanding was signed, and a number of agreements were reached, the essence of which has not yet been disclosed, reported eadaily.com. -0-