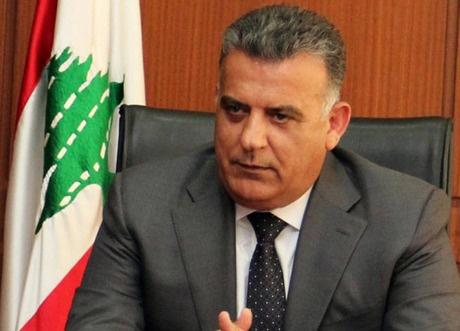 The handover of those involved in the deadly Qabrshmoun incident began on Tuesday following a mediation by General Security chief Maj. Gen. Abbas Ibrahim.

“The first steps towards restoring security lie in handing over the culprits and we have started to receive the fugitives,” Ibrahim said after meeting Lebanese Democratic Party chief MP Talal Arslan in Khalde.

He had earlier visited the Grand Serail and met with Prime Minister Saad Hariri during a cabinet session.

Arslan for his part said he has “confidence” in the General Security chief.

“When he intervenes in any case, he seeks right and justice in order to restore security and achieve justice for us all,” Arslan added.

TV networks meanwhile said three fugitives have so far been handed over to General Security.

The army had arrested several suspects in overnight raids.

The families of the two victims, Rami Salman and Samer Abu Farraj, were meanwhile transferring their bodies from the Western Shahhar hospital to another hospital.

Salman and Abu Farraj, bodyguards of State Minister for Refugee Affairs Saleh al-Gharib, were killed in a Qabrshmoun clash involving the minister’s convoy and supporters of the Progressive Socialist Party.

Another bodyguard and a PSP supporter were wounded in the incident.

Arslan and Gharib have described the clash as an armed ambush while the PSP has accused the minister’s bodyguards of forcing their way in and opening fire at protesters gathered in the area.

The protesters in Qabrshmoun and other Aley towns, some of whom were reportedly armed, were blocking roads to prevent Free Patriotic Movement chief MP Jebran Bassil from touring the region.

MTV meanwhile reported that Ibrahim is “satisfied” by the progress made and that, at the instructions of President Michel Aoun, he had communicated with Gharib and Minister Akram Shehayyeb of the PSP prior to meeting Hariri.

Al-Jadeed TV for its part said that contacts are still ongoing between Ibrahim and all parties, especially Arslan, Bassil and PSP leader Walid Jumblat.