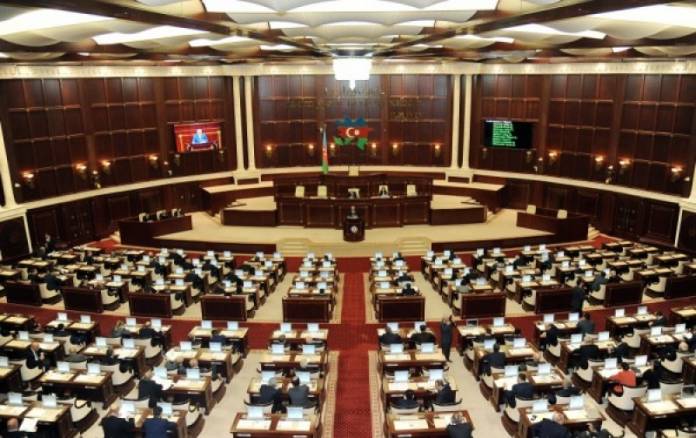 Baku / 03.07.19 / Turan: Today a group of civil society activists and experts announced the creation of a Platform for Democratic Changes with a view to restoring the values ​​of the Azerbaijan People”s Republic (1918-20).

– the formation of power in accordance with the will of the people on the basis of free and fair elections;

– the mobilization of society to restore the territorial integrity of the country, and intransigence to territorial losses;

– respect for the principles of international law in domestic and foreign policy;

– decentralization of management, and its implementation on the basis of legality, accountability and transparency;

– ensuring the rule of law, equality of all before the law, independence of the courts;

– fair distribution of the country’s wealth, ensuring the interests of the people;

The authors called on all political forces in the country to cooperate in the name of national interests.

In addition, it appeals to the world community and the centers of power to support efforts to democratize the country, since this is a guarantee of investment and the country”s compliance with its obligations to international organizations.

The initiative group also distributed a document on the transition to democracy through parliamentary elections. It says that the formation of a truly popular government requires the holding of free and fair elections. The authors believe that first it is necessary to form a democratically elected parliament capable of preparing the legal basis for fundamental political reforms.

The document indicated the need to comply with the recommendations of international organizations to improve electoral practices and put forward specific proposals.

In particular, it is proposed to change the principle of forming election commissions outside the control of a single political force. In particular, the idea of ​​forming electoral commissions for one third of members of parties represented in parliament, one third of parties not represented in parliament but having registered candidates in 1/3 constituencies in the last parliamentary elections and one third of members of NGOs, having at least 3 years of experience monitoring election and voter education.

The term of the election campaign should be increased to 90 days, and election campaigning to 45 days. Verification of candidates’ documents should be verified by independent expert groups with the participation of their representatives. On state-funded television channels and radio-stations for election campaigns a week should be provided free of charge for 10 hours of airtime. Publicly funded newspapers should allocate 1 lane in each issue for free campaigning.

Restrictions for campaign rallies and meetings with voters should be removed. Voting should be transparent and allow observers the opportunity to monitor without prior registration.

Effective mechanisms for appealing against irregularities during the elections should be created, and administrative and criminal penalties for these violations should be tightened.

The initiator of the creation of the Platform – Ali Mustafayev, an employee of the Institute of Foreign Languages, head of the department of territorial bodies in the Presidential Administration of Elchibey, said that democratic parliamentary elections are the most successful way of transition to democracy and overcoming the crisis.

“We cannot allow further creeping into the confrontation between the government and society, which can lead to revolutionary consequences, from which everyone will lose,” he said.

During the discussions, the head of the National Democratic Party, Galandar Mukhtarly, said that in the fall, the authorities were planning to hold extraordinary parliamentary elections and should prepare not for 2020, but for this autumn.