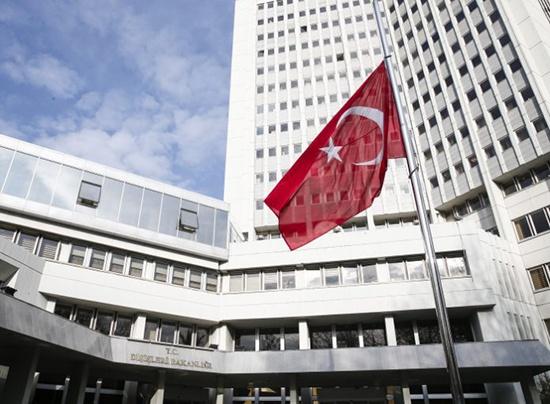 The Turkish Foreign Ministry on Tuesday condemned the United Nations, which had signed an agreement with the Kurdish-militia-led Syrian Defense Forces (SDF) to end the recruitment of child soldiers, the state-run Anadolu news agency reported.

“Turkey strongly condemns the UN’s signing an ‘action plan’ with the PKK/YPG terrorists without the knowledge of its members,” the Foreign Ministry said in a statement.

“It cannot be explained in any way that the UN signed an agreement with the PKK terror group. This is also an obvious violation of the UN’s decisions on terrorism by itself,” the statement added.

SDF commander Gen. Mazloum Abdi signed an action plan after a meeting in Geneva two days earlier with Virginia Gamba, the UN secretary-general’s special representative for children and armed conflict, according to The National news website.

The YPG has since 2014 been listed in the secretary-general’s annual report on children and armed conflict.

The UN said the action plan represented a written undertaking from the SDF with concrete steps, in line with international law, to improve the protection of those under the age of 18. No timeline was disclosed.

“Through this action plan the SDF commits to end and prevent the recruitment and use of children, to identify and separate boys and girls currently within its ranks, and to put in place preventive, protection and disciplinary measures related to child recruitment and use,” the UN statement said.

Gamba said the action plan was the culmination of months of talks between the UN and the SDF.