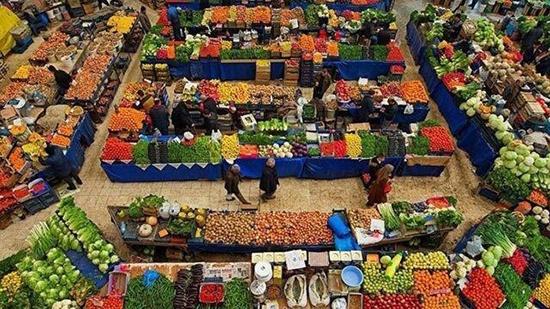 Consumer prices in Turkey rose 15.72 percent on an annual basis in June, a sharp drop in inflation rates from May, the country’s statistical authority announced on July 3.The annual inflation rate last month fell from 18.71 percent in May, according to the Turkish Statistics Institute (TÜİK).

The data said June’s inflation was the lowest seen in Turkey since June of last year, when it was 15.39 percent.

The figure was in line with market expectations.

A group of 15 economists polled by Anadolu Agency forecast Turkey’s annual inflation rate in June would drop to 15.78 percent.

The highest price rise last month was seen in miscellaneous goods and services, up 26.88 percent year-on-year.

“The highest monthly increase was 2.65 percent in hotels, cafes, and restaurants,” TÜİKsaid.

That sector was followed by miscellaneous goods and services with 1.86 percent, education with 1.50 percent, and health and furnishing and household equipment with 0.57 percent during the same period.

Food prices fell by 1.65 percent in June from the previous month while the decline in clothing prices was 1.57 percent on a monthly basis.

The 12-month average hike in consumer prices was 19.88 percent in June.

As laid out in Turkey’s new economic program announced last September, this year country’s inflation rate target is 15.9 percent, followed by 9.8 percent next year and 6 percent in 2021.

According to an inflation report by Turkey’s Central Bank released in April, year-end annual inflation is expected to hit 14.6 percent in 2019.

Meanwhile, TÜİK data showed that producer prices rose 0.09 percent on a monthly basis in June for an annual rise of 25.04 percent.