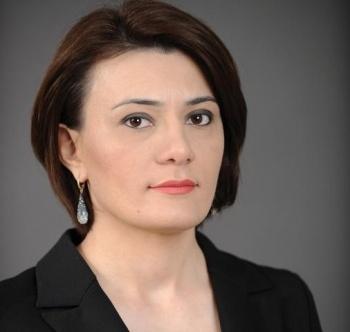 The Washington meeting held June 20 between the foreign ministers of Azerbaijan and Armenia still remains a topic for discussion, and the Azerbaijani society is closely following the negotiation process, Azerbaijani MP Sona Aliyeva told Trend.

She noted that at the Paris meeting held January 15, the ministers came to an agreement on “preparing peoples for peace”, which meant the beginning of concrete steps to resolve the Armenia-Azerbaijan Nagorno-Karabakh conflict.

“Despite the difficult process, the Azerbaijani side was ready to take measures on this issue and fulfill the commitments on the peaceful settlement of the conflict,” she said. “But, despite the efforts of the Azerbaijani side, Armenia isn’t yet interested in holding constructive negotiations and in the peaceful settlement of the conflict, despite that according to the agreement reached in Dushanbe, the parties were to ensure stability on the contact line of troops.”

“In spite of this, in anticipation of the Washington meeting, an Azerbaijani officer was killed as a result of Armenian provocation on the contact line of troops, then on June 9, another Azerbaijani soldier was killed,” the Azerbaijani MP said. “Moreover, the Armenian side awarded the perpetrator of this crime with a medal. The Armenian armed forces began to conduct large-scale military exercises in the occupied Azerbaijani territories. In parallel, an unsuccessful attempt was made to attack the aircraft of Azerbaijan, which were performing training flights in the Fizuli direction. In addition, the statement by Armenian Prime Minister Nikol Pashinyan that “the war isn’t over yet” one day before the Washington meeting gives grounds to say that Pashinyan is trying to mislead international organizations. At the same time, by resorting to provocations, he pursues a policy of escalation and disruption of the negotiation process. ”

Aliyeva said that Armenia, which hasn’t been complying with the norms and principles of international law for a long time, doesn’t recognize the calls for peace, the UN resolutions and documents of other international organizations.

“In any case, the Armenian side should understand that maintaining the status quo isn’t good for it because time is working against Armenia,” she noted. “Azerbaijan is building up its political and economic power. There are internal tensions and political instability in Armenia. Hasty decisions increasingly aggravate the relations between the illegal regime of Nagorno-Karabakh and the current government.”

In conclusion, the MP added that the position of the Azerbaijani side remains unchanged and the conflict, be it by peaceful or military means, should be resolved with ensuring the territorial integrity of Azerbaijan.

The 1994 ceasefire agreement was followed by peace negotiations. Armenia has not yet implemented four UN Security Council resolutions on withdrawal of its armed forces from Nagorno-Karabakh and the surrounding districts. 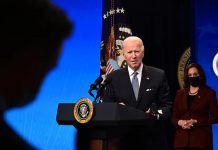 US decision not to punish crown prince puts us in grave danger, Saudi exiles say