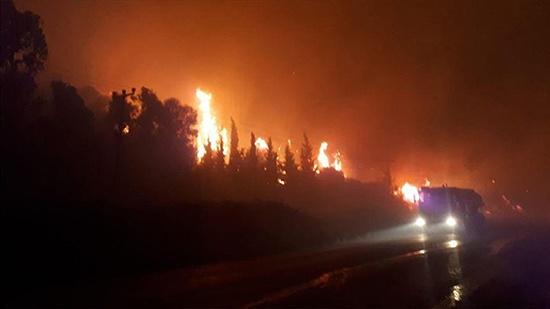 Forest fires have destroyed over 10 hectares of land across Turkey on July 2.

In southern province of Adana, the forest fire, which was taken under control last night, flared up again due to winds in Ceyhan district.

The fire first broke out late on July 1 for unknown reasons and has burned some 10 hectares of forest when it started again on July 2.

It has been extinguished as a result of intense efforts by a team of 180 firefighters, four helicopters and 32 water tenders.

The efforts to cool down the area are ongoing.

Also in southern Hatay province, four acres of forest land were destroyed by the fire in Antakya district before the teams, comprising of 16 workers of the forestry department and three water tenders, extinguished it.

The cause of the fire remains unknown.

In western Denizli province, the forest fire consumed a hectare of land in Buldan district. It was extinguished after around two hours of efforts by 30 forest workers and six water tenders.

In Manisa, an Aegean province, five acres of oak forest were also destroyed in Köprübaşı district by a fire, which was taken under control after around two hours of efforts by three water tenders and 15 firefighters.