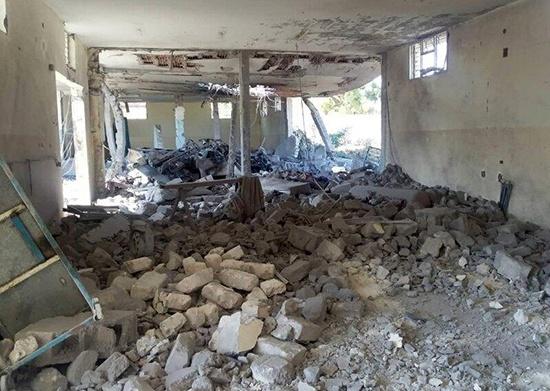 Libya‘s UN-recognized Government of National Accord (GNA) on July 1 accused forces loyal to East Libya-based military commander Khalifa Haftar of killing migrants staying at a shelter in the capital.

Fawzi Unayyis, the GNA‘s spokesman for the Health Ministry, told Anadolu Agency that fighter jets linked to Haftar struck the shelter and at least 30 migrants were killed.

Al-Mabruk Abdulhafez, a senior-level migration officer, told a Libyan TV station that there were 120 irregular migrants residing in the facility hit by Haftar‘s forces.

The International Organization for Migration (IOM) condemned the attack and called for ending arbitrary detention for migrants.

“I strongly condemn the attack that killed many migrants and refugees at the Tajoura detention center in Libya last night. Civilians should not be a target,” Antonio Vitorino, director general of IOM, said in a Twitter post.

“We call for an immediate end to the detention of all migrants and refugees in Libya. The country is not a safe port as clashes continue to intensify,” he added.

Also, IOM’s chief of mission in Libya Othman Belbeisi said that IOM doctors and nurses described the situation as “catastrophic.”

“The targeting of civilian lives is a crime and immediate action is needed. This is another example of the suffering of migrants living in countries of crises,” he added.