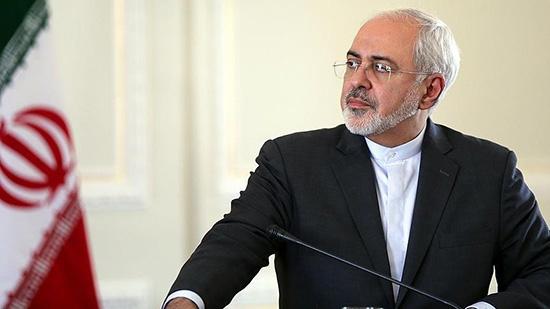 TEHRAN (FNA)- Iran’s Foreign Minister Mohammad Javad Zarif lashed out at Europe for its failure to enact the much-hyped financial mechanism, INSTEX, which he described as a minimum prelude to the bloc’s undertakings, and pledged that Iran will further modify its commitments under the deal.

Leaving a meeting of the cabinet ministers in Tehran on Wednesday morning, Zarif told reporters that foreign ministers and deputy foreign ministers of the European parties to the nuclear deal, officially known as the Joint Comprehensive Plan of Action, reassured and promised their Iranian counterparts on several occasions after the unilateral withdrawal of the US from the deal by President Donald Trump that they would make up for the US’ destructive measures in 11 economic areas.

The Iranian diplomatic chief added that the 11 commitments covered areas like Iran’s crude sales, the return of oil revenues, foreign investment, and Iran’s maritime and aviation rights, highlighting that none of these commitment were hinged on the existence of the overhyped Europe-proposed financial mechanism, the Instrument in Support of Trade Exchange (INSTEX).

He underscored that the obligations were explicitly promised by European foreign ministers in two consecutive ministerial meetings of the JCPOA member states.

“Even if the INSTEX is operationalized by the Europeans it would be just a prelude to honoring those 11 commitments,” the top diplomat asserted.

“Europeans are claiming that financial transactions are carried out through the INSTEX, but this claim must be verified,” the Iranian foreign minister stressed.

Zarif reiterated Tehran’s stance that Iran will keep committed to the nuclear deal as long as the Europeans keep honoring it, reminding, however, that Iran’s level of commitments will mirror the Europeans’.

Iran’s next move will be removing the 3.67 enrichment limit, he said, adding that Tehran will decide about the new purity level based on its needs.

Germany, France and the UK, the three European signatories to the Iran nuclear deal of 2015, created a Special Purpose Vehicle (SPV) for trade with Iran called the INSTEX late in January. The channel hasn’t had any financial transaction with Iran yet.

On May 8, exactly one year after President Donald Trump’s withdrawal from the nuclear deal, Iran announced it will scale down parts of its commitments within the pact, giving Europe 60 days to either normalize economic ties with Iran or accept the modification of Tehran’s obligations under the agreement.

Iran set up and registered a counterpart to INSTEX called Special Trade and Financing Instrument between Iran and Europe (STFI) to pave the way for bilateral trade.

Then on Friday, Secretary General of the European External Action Service (EEAS) Helga Schmid announced that INSTEX has become operational.

“INSTEX now operational, first transactions being processed and more EU Members States to join. Good progress on Arak and Fordow projects,” Schmid wrote on her twitter account on Friday after a meeting of the Joint Commission on JCPOA ended in Vienna following three and a half hours of talks by the remaining signatories to the deal (the EU3 and Russia and China).

It was the 12th meeting of the Joint Commission on JCPOA which began at 12:00 local time in Vienna.

Meantime, seven European countries–Austria, Belgium, Finland, the Netherlands, Slovenia, Spain and Sweden–in a joint statement expressed their support for the efforts for implementation of the INSTEX.

Later, Iranian Deputy Foreign Minister Seyed Abbas Araqchi described the nuclear deal joint commission meeting with the Europeans as “a step forward”, but meantime, reminded that it did not meet Iran’s expectations.

“It was a step forward, but it is still not enough and not meeting Iran’s expectations,” said Araqchi, who headed the Iranian delegation at the JCPOA joint commission meeting in Vienna on Friday afternoon.

“I will report back to Tehran and the final decision will be by Tehran to take,” he added.