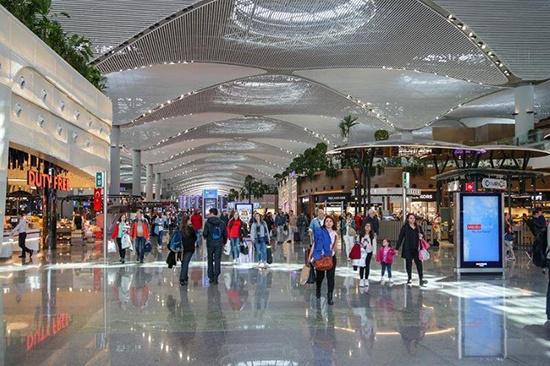 Istanbul Airport has served a total of 15.99 million passengers between April 6, when it took over air traffic from the city’s former main airport Atatürk, and July 1.

Over a space of three months, the mega airport has handled 100,000 flights, domestic and international combined.

A breakdown of data showed that Istanbul Airport welcomed 11.95 million international passengers while 4 million domestic passengers travelled through the airport between April 6 and July 1.

In June alone, 5.98 million passengers used Istanbul Airport. This figure is 7.4 percent higher than the number of travelers Atatürk Airport served in the same month a year ago.

In June, İGA, the group which built and will operate Istanbul Airport for 25 years, introduced an automated passport control system to get passengers to go through customs faster.

The system permits quick passport control at the airport in an easy and convenient self-service process. Travelers will undergo biometric verification using face recognition and fingerprints during this system.

There are currently 30 automated passport control counters at the new airport.

İGA also announced on June 27 that Istanbul Airport was one of the 10 airports nominated as candidates in the “Airport of the Year” category of “Readers’ Choice 2019” awards organized by the International Airport Review.