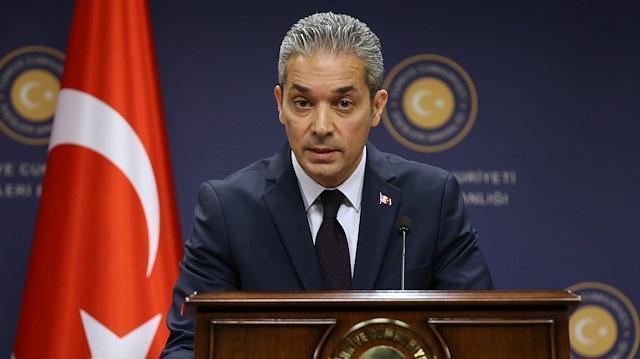 Turkey calls for international probe into attack, which claimed 30 lives in Tripoli.

Turkey Wednesday termed Haftar forces’ attack on irregular migrants in Libya “crime against humanity,” and urged for an international probe.

“The attack, which targeted a center in Tajura district near Tripoli where irregular migrants took refuge and caused the death of tens of innocent people, is a crime against humanity,” Hami Aksoy, spokesman for the Foreign Ministry, said in a written statement.

“An international investigation must be launched immediately to identify the offenders,” Aksoy added, calling for immediate action of the international community.

Libya’s UN-recognized Government of National Accord (GNA) on Wednesday accused forces loyal to commander Khalifa Haftar of killing irregular migrants staying at a shelter in the capital Tripoli.

Fawzi Unayyis, the GNA’s spokesman for the Health Ministry, told Anadolu Agency that fighter jets linked to Haftar struck the shelter and at least 30 migrants were killed.

Al-Mabruk Abdulhafez, a senior migration officer, told a Libyan TV station that there were 120 irregular migrants residing in the facility hit by Haftar’s forces.

Since then, Libya’s stark political divisions have yielded two rival seats of power — one in Tobruk and another in Tripoli — and a host of heavily armed militia groups.