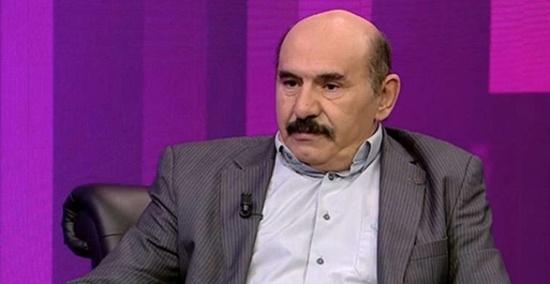 Basnews -ERBIL — Since the last letter from Kurdistan Workers’ Party (PKK) jailed leader Abdullah Ocalan last month, debates over the party’s current leadership, their policies towards the recent political developments in the region, and the position of Ocalan himself, have been escalating, with many observers believing that the PKK is distancing from Ocalan.

In an exclusive interview with Bas Weekly, Osman Ocalan, a brother of Abdullah Ocalan and a former member of PKK leadership council, shed light on the threatenings the PKK sends to Ocalan family members and the secret PKK-Iran and PKK-Syria relations.

Below is the interview which was translated from Kurdish and edited for clarity and length.

Bas: Before the Istanbul local re-election, sociologist and scholar Dr. Ali Kemal Ozcan visited Abdullah Ocalan and brought a letter. Later, Turkish mainstream media described Ocalan as Turkey’s nationalist figure. What is your opinion on that?

Ocalan: Nationalism is on the rise in Turkey, and apparently, people are joining the crowd of nationalists. Leftists, social democrats, AKP and MHP, they all advocate nationalism. They all believe that the issues in Turkey could only be resolved within a nationalistic framework. Ocalan also believes that the issues pertaining to the Kurds in Turkey are better to be addressed right in the place, in Turkey, not elsewhere. He believes that the rights of Kurds in Turkey should be discussed and preserved with Turkey itself, Iranian Kurds with Iran, Syrian Kurds with Syria, and so on.
For this reason, some people may argue that Ocalan is Turkey’s nationalist figure. After all, what he wants is to address the Kurdish question with Iran, Turkey and Syria, not the US or Europe.

Bas: After Ocalan’s letter on Istanbul elections, you appeared in an interview with TRT Kurdish Service, and your remarks were widely reported in the Turkish media. Even Erdogan referred to your remarks in a speech, while the Turkish opposition parties were against your statements. How these all happened?

Ocalan: I usually do not reject media interviews. As a Kurdish politician, I clearly express my views and I clarify my position in different matters. I have always attempted to deliver my ideologies about the Kurdish nationalism to the audience… My point is that to make it clear [during interviews] the current PKK leadership has lost legitimacy.

In the Turkish media, there are some reports sometimes claiming that I killed 74 Turkish soldiers. It is true that I was a member of the PKK, I was among the party’s leadership, and I was responsible for many battles, but the key point is that I never killed a Turkish soldier or any civilian. I even saved Turkish soldiers captives, and I treated them in accordance with the international laws.

Bas: Mohammed Ocalan, your brother, visited the Imrali Island to meet with Abdullah Ocalan in January 2019. Following his visit, the HDP said it will release a statement on the visit, but it never happened. Later, the KCK expressed discontent in a press release about the visit. Later this year, neither HDP nor Ocalan’s lawyers spoke to the public about Ocalan until Dr. Ali Kemal Ozcan read Ocalan’s letter to the media. Do you think the PKK, KCK, or HDP censors Ocalan’s messages?

Ocalan: That is true— Mohammed Ocalan met Apo. We were waiting for him or HDP to make a statement on the visit, but it didn’t happen. As a member of the family, I was aware that the PKK had asked our family to say nothing about the visit; they even sent death threats to the members of our family. I am in constant contact with other members of the family. We are under the threat of both Turkey and PKK. I am a member of this family, so let everyone know that I am also under threat.

Bas: Why do you believe the current PKK/KCK leadership is illegitimate?

Ocalan: KCK [leadership] is illegitimate because they have rejected Abdullah Ocalan. They have not been accepting Ocalan for the last four years. They want Abdullah Ocalan just as a name, so they can do whatever they want. Not only Qandil [PKK leadership], but also HDP is against Ocalan now. We all witnessed this in the recent election. Apo seeks a peaceful solution, and he seeks a national congress to be held. I see KCK policies as dangerous.

Bas: What is your opinion about the new PKK-affiliated armed group in Kurdistan Region of Iraq?

Bas: Which are the states that you believe they encourage the PKK to stand against Kurdistan Region and its interests?

Ocalan: You know that after we left the PKK, party’s new leadership was formed based on the interests of Iran and some other countries. It has changed dramatically. Iran has shaped the [new] PKK in accordance with its own interests. Before Ocalan was arrested, we had negotiations with Iran. We wanted to bring Ocalan back to Qandil via Armenia-Iran-Qandil, but Iran rejected it. After they refused to allow Ocalan to pass through Iran to Qandil, I suspended all the relations with Iran. But, Cemil Bayik established a new tie with Iran based on his opposition to Ocalan. With Syria the same… he started working with whoever against Ocalan. And today, the PKK is allied with occupiers against the people of Kurdistan in the four parts of greater Kurdistan.

Bas: Do you think the PKK could start a civil war in Kurdistan Region?