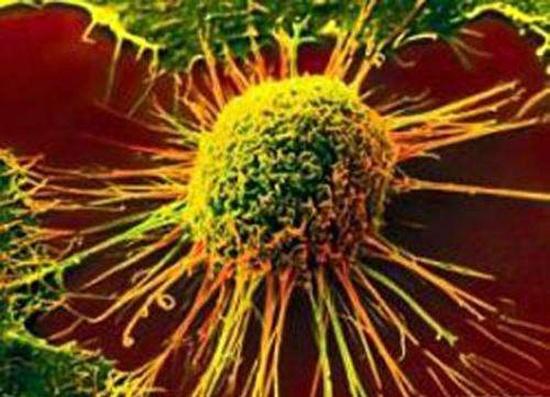 Called “testicular cancer-associated paraneoplastic encephalitis,” the disease causes severe neurological symptoms in men. They progressively lose control of their limbs, eye movements, and, in some cases, speech. The disease begins with a testicular tumor, which appears to cause the immune system to attack the brain. Affected men often find themselves misdiagnosed or undiagnosed and appropriate treatment is delayed.

In a study published in The New England Journal of Medicine, the scientists identified a highly specific and unique biomarker for the disease by using a variation of “programmable phage display” technology. Their refined version of this technology simultaneously screens more than 700,000 autoantibody targets across all human proteins.

Using this powerful tool, the UCSF researchers evaluated cerebrospinal fluid from a 37-year-old man who had a history of testicular cancer and debilitating neurological symptoms, including vertigo, imbalance and slurred speech. The enhanced phage technology identified autoantibodies targeting Kelch-like protein 11 (KLHL11), which is found in the testes and parts of the brain.

These results were correlated and validated with additional patient samples from the Mayo Clinic. In addition to identifying the cause of this mysterious neurological disease, the results point the way to using this protein biomarker as a diagnostic test for men with testicular cancer-associated paraneoplastic encephalitis.

“Mayo Clinic’s Neuroimmunology Laboratory has a long history of biomarker discovery, and this continues that tradition, bringing together Mayo Clinic’s biobank, the largest repository of biospecimens in the world, with advanced technologies being devised and implemented at UCSF and CZ Biohub,” says Sean Pittock, M.D., a Mayo Clinic neurologist and corresponding author of the study. “By working together, our organizations have the potential to make biomarker discoveries much more rapidly.”

Dr. Pittock is director of Mayo Clinic’s Neuroimmunology Laboratory and the Marilyn A. Park and Moon S. Park, M.D., Director of the Center for Multiple Sclerosis and Autoimmune Neurology.

From darkroom to discovery

About 20 years ago, Mayo scientists first identified a staining pattern that researchers dubbed “sparkles” because, in a darkroom under a microscope, the patient’s sample looked like stars shining dimly in the night sky, Dr. Pittock says. The male patient had ataxia—poor coordination, involuntary eye movements, change in speech—and turned out to have testicular cancer.

Over the years, the Mayo lab occasionally identified the sparkles pattern, and the patients’ clinical stories were the same: ataxia and testicular cancer. But the pattern was faint and easy to miss, and an autoantibody target remained elusive.

A UCSF team led by Joe DeRisi, Ph.D., a biochemist and co-president of Chan Zuckerberg Biohub, and Michael Wilson, M.D., neurologist and member of the UCSF Weill Institute for Neurosciences, developed a customized version of phage technology that identified KLHL11 as the target for testicular cancer-associated paraneoplastic encephalitis based on a patient’s sample. The enhanced phage technology builds on work pioneered in the laboratory of Stephen Elledge, Ph.D., at Harvard Medical School.

The collaborative effort reported in the new paper was spearheaded by co-first authors Caleigh Mandel-Brehm, Ph.D., a UCSF postdoctoral researcher, and Divyanshu Dubey, M.B.B.S., a Mayo Clinic neurologist and lab medicine physician. Analyses were conducted on biospecimens of 12 additional men with similar medical histories. All were positive for autoantibodies targeting KLHL11.

Using this biomarker signature, 37 patients now have been diagnosed with this paraneoplastic disease, and the scientists believe many more will be diagnosed.

“This study is the tip of the iceberg,” Dr. DeRisi says. “We know there are more paraneoplastic autoimmune diseases waiting to be discovered and more people to help.”

“For roughly half the patients with paraneoplastic or autoimmune causes of encephalitis, the protein being targeted has yet to be identified,” Dr. Wilson says. “Building on the Elledge lab’s work, we hope to tackle that problem head-on with this technology for finding antibodies, so we can potentially add to the number of diseases that are known, and help patients and families get diagnoses more quickly.”

Physicians who suspect a patient may have this form of paraneoplastic encephalitis currently can work with Mayo Clinic to screen for KLHL11. “Early diagnosis is extremely important,” Dr. Dubey says. “If we diagnose patients early, we can start them on immunosuppressive medications. The sooner we can prevent this damage from happening, the sooner we can stop the disease progression and the better chance we have for clinical improvement in the patient’s life.”

In an epidemiological assessment included in the study, the prevalence of KLHL11 encephalitis in Olmsted County, Minnesota, home to Mayo Clinic’s Rochester campus, was nearly 3 per 100,000 men. Thus, KLHL11 is one of the more common autoimmune encephalitis biomarkers found in Olmsted County, and likely elsewhere in the U.S. and beyond.

Vegetarians have healthier levels of disease markers than meat-eaters