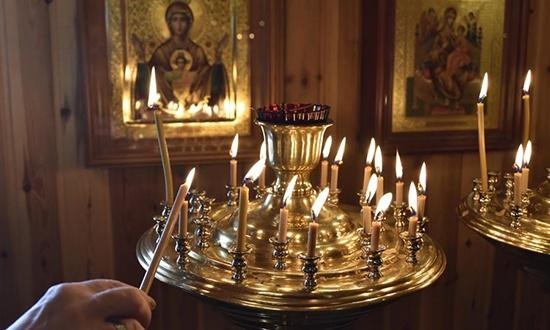 By Pepe Escobar- Asia  Times – Lost in the submarine uproar, the deadline set by Tehran for the EU-3 to support Iranian crude sales expires Sunday.

A thick veil of mystery surrounds the fire that broke out in a state of the art Russian submersible in the Barents Sea, leading to the death of 14 crew members poisoned by toxic fumes.

According to the Russian Defense Ministry, the submersible was conducting bathymetric measurements, as in examining and mapping deep sea conditions. The crew on board was composed of “unique naval specialists, high-class professionals, who conducted important research of the Earth’s hydrosphere.” Now the – so far unnamed – nuclear-powered vessel is at the Arctic port of Severomorsk, the main base of Russia’s Northern Fleet.

A serious, comprehensive military investigation is in progress. According to the Kremlin, “the Supreme Commander-in-Chief has all the information, but this data cannot be made public, because this refers to the category of absolutely classified data.”

The submersible is a Losharik. Its Russian code is AS-12. NATO calls it Norsub-5. It’s been in service since 2003. Giant Delta III nuclear submarines, also able to launch ICBMs, have been modified to transport the submersible across the seas.

NATO’s spin – part of the relentless, comprehensive Russia-demonization campaign – is that the AS-12/Norsub-5 is a “spy” sub, and a major “threat” to undersea telecommunication cables, mostly installed by the West. The submersible is able to reach depths of one thousand meters and may have operated as deep as 2,500 meters in the Arctic Ocean. The best Western submersibles, such as the U-212, or the American Ohio, reach at best 250 meters.

It’s quite enlightening to place the Losharik within the scope of the latest Pentagon report about Russian strategic intentions. Amid the proverbial demonization terminology – “Russia’s gray zone tactics,” “Russian aggression.” Russian “deep-seated sense of geopolitical insecurity” – the report claims that “Russia is adopting coercive strategies that involve the orchestrated employment of military and nonmilitary means to deter and compel the US, its allies and partners prior to and after the outbreak of hostilities. These strategies must be proactively confronted, or the threat of significant armed conflict may increase.”

It’s no wonder that, considering the incandescence of US-Russia relations on the geopolitical chessboard, what happened to the Losharik fueled frenetic speculation  including totally unsubstantiated rumors it had been torpedoed by a US submarine in a firefight – on top of it, in Russian territorial waters.

Connections were made between US Vice-President Mike Pence’s suddenly being ordered to return to the White House while the Europeans were also huddled in Brussels, as President Putin had an emergency meeting with Defense Minister Sergei Shoigu.

In the end, it was nothing but mere speculation.

The submersible incident – complete with the speculative plot line of a US-Russia firefight in the Arctic – did drown, at least for a while, the prime, current geopolitical incandescence: the US economic war on Iran.

Expanding on serious discussions at the Shanghai Cooperation Organization summit in Bishkek – which included Iran’s President Rouhani – and the Putin-Xi meetings in Moscow and St. Petersburg and at the G20 in Osaka, both Russia and China are fully invested in keeping Iran stable and protected from the Trump administration’s strategy of chaos.

Both Moscow and Beijing are fully aware Washington’s divide-and-rule tactics are geared towards stopping the momentum of Eurasia integration – which includes everything from bilateral trade in local currencies and bypassing the US dollar to further interconnection of the New Silk Roads, or Belt and Road Initiative, the Eurasia Economic Union (EAEU) and the International North-South Transportation Corridor (INSTC).

Beijing plays a shadow game, keeping very quiet on the de facto US economic blockade against one of its key Belt and Road allies. Yet the fact is China continues to buy Iranian crude, and bilateral trade is being settled in yuan and rial.

The Instrument in Support of Trade Exchanges (INSTEX), the mechanism set up by the EU-3 (France, UK and Germany) to bypass the US dollar for trade between Iran and the EU after the US unilaterally abandoned the nuclear deal, or JCPOA, may finally be in place. But there’s no evidence INSTEX will be adopted by myriad European companies, as it essentially covers Iranian purchases of food and medicine.

Plan B would be for the Russian Central Bank to extend access to Iran as one the nations possibly adopting SPFS (System for Transfer of Financial Messages), the Russian mechanism for trade sanctioned by the US that bypasses SWIFT. Moscow has been working on the SPFS since 2104, when the threat to expel Russia from SWIFT became a distinct possibility.

As for Iran being accused – by the US – of “breaching” the JCPOA, that’s absolute nonsense. To start with, Tehran cannot possibly “breach” a multinational deal that was declared null and void by one of the signatories, the US.

In fact the alleged “breach” is due to the fact the EU-3 were not buying Iran’s low-enriched uranium, as promised, because of the US embargo. Washington has de facto forced the EU-3 not to buy it. Tehran duly notified all JCPOA parties that, as they are not buying it, Iran will have to store more low enriched uranium than the JCPOA allows for. If the EU-3 resumes buying it that automatically means Iran is not “breaching” anything.

Iranian foreign minister Javad Zarif is correct; INSTEX, already too little too late, is not even enough, as the mechanism does not allow Tehran to continue to export oil, which is the nation’s right. As for the “breach,” Zarif says it’s easily “reversible” – as long as the EU-3 abide by their commitments.

Russian energy minister Alexander Novak concurs: “As regards restrictions on Iranian exports, we support Iran and we believe that the sanctions are unlawful; they have not been approved by the UN.”

Still, Iran continues to export crude, by all means available, especially to Asia, with the National Iranian Oil Co (NIOC) predictably shutting off satellite tracking on its fleet. But, ominously, the deadline set by Tehran for the EU-3 to actively support the sale of Iranian crude expires this coming Sunday. That’s a major cliffhanger. After that, the stalemate won’t be submersible anymore.