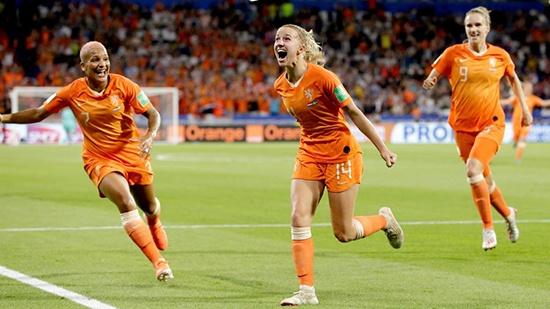 Sporting Life · Columnist
Jackie Groenen’s extra-time goal fired the Netherlands into their first Women’s World Cup final with a 1-0 win over Sweden on Wednesday, setting up a showdown with the USA.

It was a strong defensive performance from both sides over the 90 minutes. Netherlands goalkeeper Sari Van Veenendaal put in an inspired first-half performance to keep a lively Sweden at bay, while Nilla Fischer and Vivianne Miedema both hit the post in the second period.

But it was the Netherlands who found the breakthrough in the 99th minute as Groenen swept a fierce effort past Hedvig Lundahl to send the Dutch into their second successive major final, having won the Women’s European Championships two years ago.

They will face the current Women’s World Cup holders USA in Lyon on Sunday while Sweden will go up against England in the third-place play-off on Saturday in Nice (both 1600 BST kick-offs).