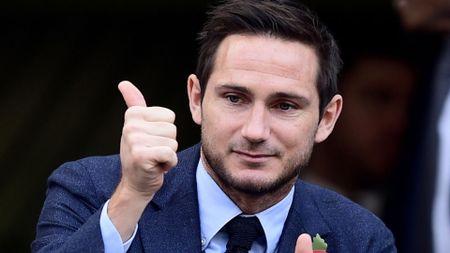 Tom Carnduff · Tipster
After months of speculation, Frank Lampard was finally confirmed as the Chelsea manager on Thursday.

The Chelsea legend returns to Stamford Bridge with just one season of senior management under his belt, having led Derby to the Sky Bet Championship play-off final in May.

Not only is the task of managing a club of Chelsea’s stature difficult enough, but he follows a campaign under Maurizio Sarri which delivered a third-place finish in the Premier League, European success in the Europa League and a domestic cup final.

It wasn’t enough for the Italian though, who returned to his native country to take up a job with reigning Serie A champions Juventus.

For Lampard, he was always viewed as the only candidate to replace Sarri by the wider public.

Universally loved by the Chelsea faithful, and after a season where he nearly achieved success in the division below, how could the Blues look elsewhere?

It’s an appointment that unites the fanbase following the split of opinion on Sarri. That was seemingly bridged in disapproval of ‘Sarri ball’ at the end.

On the surface, you can understand the excitement at Lampard’s return to the Bridge. Any football fan craves a favourite coming back to lead the current class, and Chelsea have got their wish here.

However, the managerial turnover at Chelsea provides concern, and there’s a good chance the dream will develop into a nightmare.

Including caretakers, Lampard becomes the 14th person in the Stamford Bridge dugout since Jose Mourinho’s departure after three trophy-laden years in 2007.

This appointment could signal that the club may have developed more of a long-term approach. Antonio Conte and Carlo Ancelotti are the only two to boast multiple seasons at Chelsea in the past 12 years, showing how success is always an instant expectation.

For Lampard, there may be an understanding of his relative inexperience, but the Chelsea board will want something to show for his efforts, something gained during his debut year at the helm.

The UEFA Super Cup, Champions League, FA Cup and Carabao Cup are all up for grabs this season though. Chelsea are not favourites in any of the competitions they are participating in, a likely first for the club.

The Blues are the least fancied of all four English clubs in Europe’s elite competition, with 22/1 available on success. Shorter odds are available on nine other teams.

Even in the UEFA Super Cup, a one-off game against Liverpool, 16/5 is the price on a Chelsea victory. The Blues are also outsiders in their league opener against Manchester United too.

Success is a demand at Stamford Bridge, and even with five competitions to go at, Chelsea find the money against them to add to the club’s honours board.

Ultimately, while Derby’s season could be viewed as a positive, the actual success was exaggerated in order to fit the narrative.

The Rams made the play-offs again. They’ve been a regular feature in the post-season competition in recent years but this year they managed to go the extra step in reaching Wembley.

However, the thing that separated Derby’s campaign from their nearest rivals seemingly came down to one element. Luck.

Luck is always needed for any successful side. But the problem with luck is that it can’t be predicted.

The Rams, even with talented loanees such as Mason Mount and Harry Wilson, had issues with creativity. They managed to score more than their expected goals tally, which stood at 1.17 per match, while Derby were actually hitting 1.5.

The same can be said for goals conceded, with the actual figure standing lower than the expected. That proved hugely beneficial in the end.

Six goals scored in added time aided their tally, compared to just two conceded. Tom Lawrence against Reading combined with Jack Marriott and Mount’s strikes against Norwich, are two examples were efforts in added time proved to be the difference.

It could be said that it could show a willingness to battle to the end, and that shouldn’t be disregarded, but both came in games where the Rams had fewer chances on goal.

A look at the Sky Bet Championship table on performance, where chances created and conceded create a simulation of each game to conduct the final standings, puts Derby in 14th, the joint-biggest fall of any team alongside Nottingham Forest.