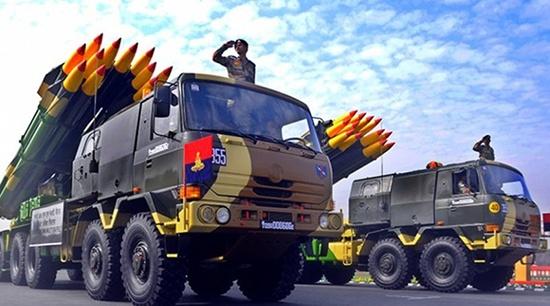 India’s national security landscape, if not irretrievably perilous, is stressed and susceptible to conflict with its neighbouring rivals.

States across Asia face growing challenges to their security. The gradual shift in the balance of power from the West to the East has introduced security competition among the major states. As India’s economic and military profile grows in the wider Indo-Pacific, it too faces a range of intrastate and interstate security challenges, which it has to manage. In this context, it is worth considering the nature and scope of India’s military modernisation in view of the types of conflicts it faces. The modernisation of the Indian defence forces is a complex process covering issues pertaining to the balance between manpower and firepower as well as that between the acquisition of weaponry from indigenous sources and the import of arms. India’s efforts to revamp and restructure its military in response to security challenges are characterised by a quest to meet the needs of the three services without compromising transparency and integrity in the acquisition of weapons.

Along its land frontiers, India faces disputed boundaries and competing territorial claims with both Pakistan and China. The Line of Control (LoC), a de facto boundary with Pakistan, and the Line of Actual Control (LAC), an unmarked boundary with China, have remained contentious for decades. Beijing has also forged partnerships with other states in the Indian Ocean Region (IOR), if not of the same depth and breadth as its relationship with Pakistan. The Yunnan province of China borders Myanmar (Burma), which in turn serves as a bridgehead into the Indian Ocean. Thus, Beijing is able to pursue a more potentially offensive strategy in the IOR with both Pakistan and Myanmar offering dependable means of execution. Beijing’s military deployments have been facilitated by improved hardware across the three service arms, a progressive shift in objectives, and organisational changes in the form of five integrated theatre commands introduced by the Xi regime in 2015. Together, these developments provide the Chinese military with greater offensive capabilities and the ability to make more rapid forward deployments.

The twin military challenges posed by China and Pakistan thus reflect critical shifts in these two countries’ military capabilities and operational postures. They demand, in turn, different command structures, involving tri-service cooperation and capabilities, for the Indian armed services. Most of the sub-conventional threat confronting the Indian state stems from Pakistan, although insurgencies in north-east India also impose a military burden. In addition to conventional and sub-conventional threats, India faces a significant nuclear threat from Pakistan and China, between whom a deep connection has historically existed in the nuclear technology and missile delivery domains.

The challenges facing the Indian armed services in using force after the 1998 nuclear tests were no less than they had been before. So far as Pakistan is concerned, there is a strong imperative to prevent its use of nuclear weapons simply because of the Pakistani sense of vulnerability to strategic interdiction. Its lack of geographic depth, its propensity for risk-taking and ability to strike deep inside Indian territory—and if pushed into a corner it might easily be driven to nuclear use. The challenge facing New Delhi has been how to leverage its conventional advantages in the shadow of nuclear weapons. For its part, Pakistan has more effectively leveraged its advantages in the employment of terrorism under the atomic umbrella. India has had few answers to Pakistan’s resort to subconventional violence under the cover of nuclear weapons. The most it has been able to do militarily is launch limited attacks on Pakistan’s side of the LoC, using special forces and infantry units. Vis-à-vis China, India’s nuclear capabilities and deterrence are a work in progress, in both scope and extent. China’s expansion of its nuclear capabilities in response to increasing American and Russian capabilities could potentially leave India more vulnerable to Chinese coercion. However, following a suicide attack on 14 February 2019, which was a first in the armed conflict in Kashmir that claimed the lives of around 40 Indian paramilitary personnel, India retaliated with air strikes against the Pakistan-based group Jaish-e-Mohammad inside Pakistani territory, which again was a first in the Kashmir conflict. This was an attempt to reset the nuclear dynamic between India and Pakistan by calling Islamabad’s bluff.

At present, the Indian conventional war-fighting doctrine and posture, with its time-consuming mobilisation, cannot adequately respond to the terrorism unleashed by Pakistan. Moreover, the Pakistani state, which remains determined to contest India’s claim to territory, particularly in Kashmir, benefits from far shorter interior lines of communication requiring a mobilisation period of 96 hours, which gives it an advantage both in faster mobilisation and in simultaneously concentrating the strength of its mobile offensive units. India’s exterior lines of communication are significantly longer, which contributes to an increase in mobilisation time.

In addition, New Delhi has also had to contend with and respond to substantial shifts in the nature of the military capabilities of its north-eastern neighbour, China. The growth of Chinese military power has been accompanied by a new assertiveness, reflected in frequent troop incursions along various sectors of the LAC dividing India and China. The combination of relentless sub-conventional violence from Pakistan and boundary tensions with China has triggered concerns within the Indian military and political establishment about a two-front war with both Pakistan and China.

Compounding the two-front military threat posed by China and Pakistan, New Delhi faces trade-offs between importing weaponry and developing domestic capacity for an indigenous defence industry. Given its heavy dependence on military imports, New Delhi has sought to diversify risk by forging partnerships with multiple external partners. It has significantly upgraded military ties with and defence purchases from the United States in particular, and also has crucial strategic ties with France and Israel. However, Russia remains the single largest defence supplier in aggregate terms, despite having been displaced by the United States in some key acquisitions India has made in the past decade. While purchasing weapons from numerous sources has created more options for India, it also generates challenges, in that New Delhi needs to keep many players satisfied as they compete for shares in the Indian defence market. This requires New Delhi to respond to pressures and incentives from the leading weapons supplier states.

India’s national security landscape, if not irretrievably perilous, is stressed and susceptible to conflict with its neighbouring rivals. The military procurement models New Delhi has pursued are less than optimal, reflecting the difficulties faced by the Indian state in indigenising capabilities, building core capacities within the defence bureaucracy, and exploring integrative solutions to deal with the challenges facing higher defence management. In the absence of a productive defence-industrial base, New Delhi will have no choice but to forge strategic partnerships, in order to redress the gap in its conventional capabilities vis-à-vis its immediate adversaries.