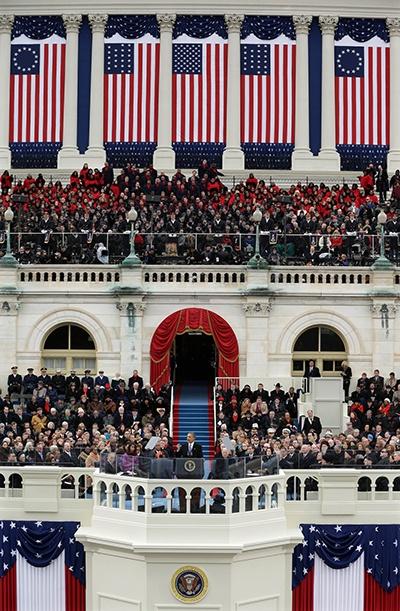 I was walking through an airport terminal trying to catch a connecting flight last Saturday when I spotted a writer I had never met but whose work I admire. He greeted me with a look of fatherly concern: “Sorry about what’s happening to you on Twitter.”

An hour or so earlier, before catching my previous flight, I’d spotted a tweet from the author Reza Aslan, who had accused me of jumping “out of the white nationalist closet” for a column that attempted to channel the negative way “ordinary people” might have viewed last week’s Democratic debates. I replied that his accusation would be “shameful if it weren’t so stupid.”

Within minutes, I was being described as a “full on bigot,” “ghoul,” “racist,” and so on. As the retweets piled up into the thousands, I felt like I had been cast in the role of Emmanuel Goldstein in some digital version of Orwell’s “Two Minutes Hate.”

It’s upsetting to experience this kind of social-media frenzy, however preposterous the charge or negligible the effect. But it can be terrifying for anyone who utters a controversial view without the benefit of powerful institutional protections. Nobody enjoys being slandered. Nobody wants to be the next Justine Sacco, the woman whose professional and private life was nearly destroyed in 2013 on account of a single misunderstood tweet.

The result has been the self-silencing of much of America. According to last year’s “Hidden Tribes” report on U.S. political polarization, “Around two in three Americans feel that there is a pressure to think a certain way about Islam and Muslims, as well as about race and racism.” Similarly, a 2017 poll by the Cato Institute found that 58 percent of Americans, most of them conservative-leaning, “believe the political climate prevents them from sharing their own political beliefs.”

The data confirm what one hears and experiences anecdotally all the time: In the proverbial land of the free, people live in mortal fear of a moral faux pas. Opinions that were considered reasonable and normal a few years ago are increasingly delivered in whispers. Professors fear their students. Publishers drop books at the slightest whiff of social-media controversy. Twitter and other similar platforms have delivered the tools of reputational annihilation (without means of petition or redress) into the hands of millions, so that no comment except the most private is entirely safe from the possibility of instantaneous mass denunciation.

If you’re of a certain ideological persuasion, you might think this isn’t such a bad thing — especially if you also assume the beliefs being repressed are genuinely ugly and dangerous. Up to a point, you aren’t wrong. Some opinions are unmistakably shameful. Thinking before speaking is always good practice.

America long ago crossed the point of “up to a point.” Six years ago, Barack Obama was inaugurated for a second term under five immense American flags, including the circular 13-star variety of Betsy Ross’s famous design. But Colin Kaepernick objected when Nike, the company that pays him millions per year to be a brand ambassador, emblazoned the flag on the back of a shoe, on the view that it was connected to the era of American slavery, sources told The Wall Street Journal. Nike capitulated almost immediately.

The story has resonated widely not because it’s outrageous, but because it’s predictable. It’s a similar story with Mayim Bialik’s cringing apology for her alleged “victim-blaming” in the Harvey Weinstein saga, or Adidas pulling a sneaker it had designed for Black History Month because it was white, or the firing of Google engineer James Damore because he wrote a memo that offended corporate orthodoxies.

If the House of York had fallen to the Lancastrians as quickly as corporate and academic America has capitulated to Woke culture, the War of the Roses would have been over in a week.

I’m writing this column on the eve of July 4. But the country I’m describing each year seems to feel the spirit of 1776 less and the spirit of 1789 more. “Armed with the ‘truth,’ Jacobins could brand any individuals who dared to disagree with them traitors or fanatics,” historian Susan Dunn wrote of the French Revolution. “Any distinction between their own political adversaries and the people’s ‘enemies’ was obliterated.”

Today’s Jacobins don’t have the means, but they do have the will. Look at what happened to gadfly journalist Andy Ngo when he tried to report on radical counter-protests in Portland and ended up being violently assaulted by Antifa protesters. Antifa is not typical, but the “yes, but” excuses progressives have offered for Ngo’s assault hint at how readily those progressives would embrace violence if circumstances allowed.

The Fourth of July is a date traditionally associated with the name of Thomas Jefferson. Nobody today denies his hypocrisies, flaws, bigotries and misjudgments. I’m still glad I live in the country he helped make, not the America that our latter-day Robespierres would design.