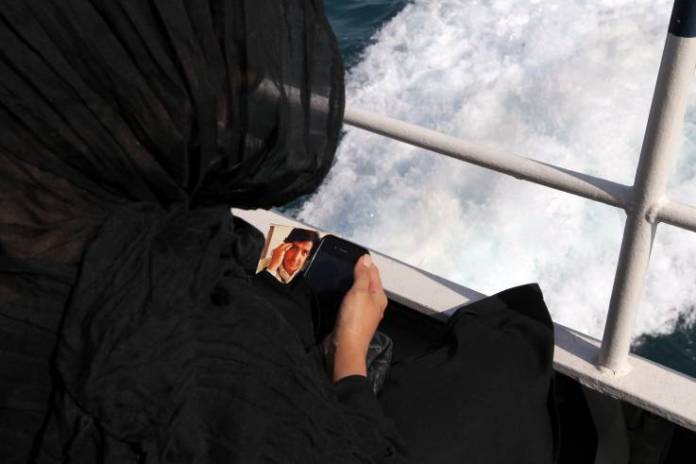 The downing of a U.S. spy drone, the near-launch of military action against Iran and recent unclaimed attacks against nearby oil tankers in the last month have not only set off tensions in the Persian Gulf, but invoked memories of an even deadlier time in the two rivals’ troubled history three decades ago when the U.S. killed nearly 300 Iranian civilians.

The U.S. and Iran have never officially fought a war but the two sides have engaged in bouts of violence since the CIA-backed coup that reinstalled Iran’s monarchy in 1953 and the 1979 Islamic Revolution that ousted that leadership for the current cleric-led government. The following decade would prove complex for Washington and Tehran amid the regional volatility of the Iran-Iraq War, during which the U.S. sought to protect Kuwaiti vessels in the Persian Gulf.

The war often spilled over into these narrow, strategic waters, where the guided-missile frigate USS Stark was bombed by a modified Iraqi warplane, killing 37 sailors in May 1987, and fellow warship USS Samuel B. Roberts struck a mine in April 1988.

The U.S. blamed Iran for the latter incident and conducted one of the largest naval operations since World War II, destroying a number of Iranian ships and killing dozens of sailors.

Less than two months later, on July 3, 1988, Aegis-armed guided-missile cruiser USS Vincennes opened fire at what its crew would later claim they thought to be an attacking Iranian F-14 fighter jet.

Instead, the aircraft was Iran Air Flight 655, a Dubai-bound civilian Airbus A300 with 290 people on board—all of whom were killed.

“The incident still resonates with Iranians,” Reza H. Akbari, program manager at the U.K.-based Institute for War & Peace Reporting, told Newsweek. “Once a year, the country’s state media rebroadcasts the tragic footage of the plane’s wreckage and civilian bodies floating in the Persian Gulf. For a few days, heart-wrenching images of family members crying over the loss of their loved ones and painful facts like the number of children on board are reviewed.

“The story matches well with the Islamic Republic’s 40-year-narrative of labeling the U.S. as a heartless imperialist power,” he added. “To this day, significant portions of the country’s authorities do not believe the event was an accident, but a deliberate message sent to Iran over its decision to plant underwater mines in the Persian Gulf amid the Tanker War phase of the Iran-Iraq War. The event is perfect propaganda fodder for the Iranian regime and does not bode well for America’s image in the country.”

More than three decades later, many feel that justice was never served as, apart from quietly expressing regret and offering $213,103.45 in compensation per passenger the U.S. military has never admitted fault, nor disciplined any of its own for the deadly incident.

“I will never apologize for the United States—I don’t care what the facts are,” then-Vice President George H.W. Bush told an August 1988 campaign rally less than a month after the incident, widely considered his response to the Iran Air Flight 655 downing. “I’m not an apologize-for-America kind of guy.”

An official report released weeks later by Navy Admiral William Fogarty, determined that USS Vincennes commanding officer Navy Captain Will Rogers III “acted in a prudent manner,” believing he and other U.S. ships present were threatened by the aircraft. It also found “Iran must share the responsibility for the tragedy by hazarding one of their civilian airliners by allowing it to fly at a relatively low altitude air route” during an ongoing battle between the U.S. Navy and Iranian gunboats.

Rogers remained in charge of the warship until the following year, and in 1990, he was awarded for his “meritorious service” between April 1987 to May 1989 as reported at the time by Newsweek. No mention was made of the airliner shootdown and Rogers retired honorably in 1991.

Just one day ahead of the fourth anniversary of the incident in 1992, however, Newsweek compiled an extensive account of how the hours leading up to Iran Air Flight 655’s destruction unfolded, detailing a chaotic scene that—based on declassified documents, video and audiotape from the involved ships and over 100 interviews—largely pointed to Rogers being a fault and the Pentagon attempting to cover its tracks. The investigation, conducted alongside ABC News’ Nightline, determined, among other things, that the USS Vincennes had strayed into Iranian territory in an apparent violation of international law—just as Iran claimed the U.S. Navy’s spy drone did so last month before being shot down.

Navy Admiral William Crowe, former chairman of the Joint Chiefs of Staff, challenged the findings of the report in his testimony later that month in July 1992 to the House of Representatives. He said his “main criticism of the ABC-Newsweek treatment, however, is the inflated and outrageous rhetoric employed on the basis of very slim and often mistaken information.”

Crowe also disputed that the USS Vincennes was in the wrong for entering Iranian territory amid a reported exchange of fire with the Islamic Republics’ gunboats, arguing that “a warship acting in self-defense has the right under international law to enter the aggressor waters to defend itself.” He concluded that the Navy “did not, I emphasize did not, at any time cover up, conspire or conduct a secret war, beyond the knowledge of our leaders, and you who are charged as the safekeepers for all the American people.”

In the years since, the story of Iran Air Flight 655 was largely forgotten in the U.S., apart from the occasional retrospective feature. In Iran, however, its tragic legacy lives on. Not only of those killed on board, but as Akbari said, “of sad memories from the dark days of the Iran-Iraq War.”

At the time, major powers such as the U.S., Soviet Union, France and the United Kingdom all backed Iraqi President Saddam Hussein in his invasion of neighboring Iran, a “new revolutionary government that had little resources and experience,” Akbari said.

“Iran’s retaliatory power was certainly no match against the United States [back then],” Akbari told Newsweek. “The reality may be the same today, but Iran is doing its best to raise the costs of any aggression by building asymmetrical retaliatory capabilities. Today, Iranian officials emphasize the country’s need for defensive capabilities, independence, and territorial integrity.”

“Such line of thinking partially stems from incidents such as the downing of Iran Air Flight 655. The country’s commanders and politicians do not want to ever be in the same position,” Akbari said.

After the downing of the civilian plane, Washington has continued to lead efforts to isolate Tehran, compelling Iranian leaders to seek regional allies. It managed to shore up ties with Iraq following the 2003 invasion by the U.S., an operation in which the Pentagon forced out the very same Iraqi leader it supported in the 1980s based on intelligence that later proved false.

In April, the Trump administration claimed that Iran was responsible for the deaths of more than 600 U.S. troops during the Iraq War and the president himself claimed Iran’s use of homemade bombs has “killed 2,000 Americans,” though no evidence was presented to support these claims. The U.S. has also argued Iran and its allied militias presented a threat to another murky Pentagon intervention in Syria, the lone Arab nation to back Iran in its 1980s war with Hussein and still a crucial partner today.

A rare break in the two countries’ mutual hostility came in the form of a nuclear deal forged in 2015 by the administrations of then-President Barack Obama and Iranian President Hassan Rouhani. Under its terms, Iran agreed to severely limit its nuclear activities in exchange for billions of dollars in sanctions relief. The arrangement drew skepticism from hard-liners in both country but was largely welcomed internationally and also endorsed by China, the European Union, France, Germany and the United Kingdom.

Last year, President Donald Trump unilaterally pulled out of the deal and left the remaining parties struggling to salvage the agreement as tensions ramped up in the Middle East. With Europe failing to normalize trade ties, Iranian officials announced on May’s anniversary of the U.S. exit that they too would be stepping back from some of their commitments, but would do so within the framework of the agreement.

That same month, four commercial vessels—two Saudi, one from Norway and one from the United Arab Emirates—were damaged by explosions in the Gulf of Oman. Almost exactly a month later, two more oil tankers—one Norwegian and one Japanese—were targeted in similar incidents. Iran has denied any wrongdoing, but it did open fire on the U.S.’s unmanned surveillance drone, a decision that initially led Trump to order strikes against Iranian targets. The president later attributed his last-minute decision not to attack to fear of civilian casualties.

Conflict may have been averted, but Ragnar Weilandt, an adjunct professor at the Vesalius College Brussels, told Newsweek that, “For Iranians, the hawkish rhetoric of some pundits and policymakers in Washington must have sounded like a bad joke.”

“The U.S. still hasn’t formally apologized for shooting down Iran Air Flight 655 over the Persian Gulf in 1988. All 300 passengers including 66 children died when the USS Vincennes apparently mistook the Airbus A300 for an Iranian F-14,” Weilandt told Newsweek. “And now America should go to war because Iran shot down an unmanned drone that was either in or close to Iranian airspace? How would the U.S. react if a drone operated by a hostile state came close to American airspace?”

Weilandt argued that, while Rogers received his award for serving on the USS Vincennes in 1990, “millions of war-torn Iranians suffered from crippling American sanctions—sanctions that got even harsher since.” He added: “The nuclear deal that Trump tore apart so recklessly last year didn’t primarily benefit the regime in Tehran, it was primarily helping ordinary Iranians.”

While the U.S. has spent much of its history with post-revolutionary Iran trying to isolate the Islamic Republic, Trump’s self-styled “maximum pressure” may, ironically, have achieved the opposite, leaving his own administration largely alone in its stance vis-à-vis Tehran.

China and Russia have vowed to defy U.S. sanctions and, while Europe has been slower to defy its transatlantic ally, it too launched a special trade vehicle Friday to allow limited trade with Iran.

Iran has refused to engage in talks unless the U.S. lifts sanctions, which recently went so far as to target Iranian supreme leader Ayatollah Ali Khamenei—who served as president during the deadly 1988 incident.

As Tehran’s embassies around the world broadcast reminders of the Iran Air Flight 655 shooting in recent days, its Washington building has since remained vacant, with diplomacy between the two seeming less likely than ever before, even as the State Department touted its efforts to upkeep the property should things ever change.

Noting the history of U.S. intervention in his country, he argued: “You cannot be an agent of progress, but only a factor in making this country backward. The Iranian nation will move forward provided only that you do not get involved.”