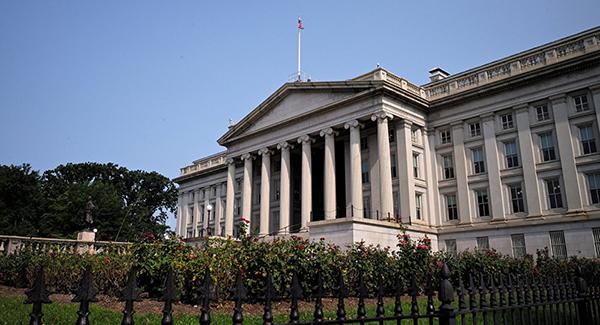 Power comes before freedom, not the other way around.

His impatience had thinned like the length of his letters back home to his wife, Abigail, in Boston. On June 7, 1776, John Adams finally had the opportunity to second the resolution that led to the Declaration of Independence at the Second Continental Congress. Though it was drafted by Thomas Jefferson, the declaration’s editors and defenders behind history’s scenes piloted its approval on July 2, mostly notably Adams.

He pleased his wife, Abigail, impatient, too, as she was about declaring independence that year. But she desired more. “In the new Code of Laws … I desire you would Remember the Ladies,” she wrote to him on March 31, 1776. “If perticuliar care and attention is not paid to the Laidies we are determined to foment a Rebelion, and will not hold ourselves bound by any Laws in which we have no … Representation.”

“I cannot but laugh,” the future second U.S. president responded on April 14. “We have been told that our Struggle has loosened the bands of Government every where.”

Who did John Adams include in “our Struggle”? Just the wealthy white men assembled with him in Philadelphia? Who was “our Struggle” truly for? Who really declared independence from Great Britain on July 4, 1776? Who was really in the process of becoming free?

As we know all too well today, wealthy white American men did not stop rebelling when they won the American Revolution, when they gained the power to protect their declared independence. They continued to rebel to keep their power. They, “the Patriots.” The rest of us have continued our rebellions because we have yet to gain the power to be free. The resisting rest of us, “the unpatriotic.”

Power freed them to trade with merchants and planters outside the British Empire. They could buy and sell slave-grown and manufactured products from anyone. They were no longer absolutely subjected to British capital and merchants and taxes and laws. The 13 colonies were no more, even though Abigail Adams’s Ladies, my enslaved ancestors, working-class whites, and Native Americans were, in many ways, still colonized after the founding of the United States. Only power will one day give the rest of us freedom within this nation founded by white men, for white men, as those white men have said repeatedly.

Our American project is not built on the idea that we became free in 1776 or any year thereafter, but that we are fighting for freedom, oftentimes from the economic and political interests that became free on 1776. Take the African American fight for freedom that did not end when chattel slavery or Jim Crow formally ended or civil and voting rights formally began. A group of African Americans, who were no longer enslaved around Savannah, Georgia, toldLincoln-administration officials on January 12, 1865, that freedom is “placing us where we could reap the fruit of our own labor, and take care of ourselves.” They demanded land to be free.

A black Southerner, who knew all about the former Confederates and their badged day riders and hooded night riders, parodied the idea that the passage of the Fifteen Amendment in 1870 completely freed the Negro. “The ballot is the citadel of the colored man’s safety, the guarantor of his liberty, the protector of his rights, the defender of his immunities and privileges, the savior of the fruits of his toil, his weapon of offense and defense, his peacemaker, his Nemesis that watches and guards over him with sleepless eye by day and by night.”

Civil-rights activists were fighting for freedom with their freedom songs, freedom rides, freedom schools, and their compulsion to “carry the gospel of freedom,” as Martin Luther King Jr. explained in his Letter From Birmingham Jail on April 16, 1963. “We will reach the goal of freedom in Birmingham and all over the nation, because the goal of America is freedom,” he wrote. “We will win our freedom because the sacred heritage of our nation and the eternal will of God are embodied in our echoing demands.”

Civil-rights activism soon transformed into the movement for black power, even for people who, like King, recognized that the Negro could not be free without power. “We’ve had it wrong and mixed up in our country, and this has led Negro Americans in the past to seek their goals through love and moral suasion devoid of power,” King said in a speech in 1967. But the racial problem is “a problem of power, a confrontation between the forces of power demanding change and the forces of power dedicated to the preserving of the status quo.”

America is the story of powerful people struggling to keep their disproportionate amount of power from people who are struggling for the power to be free.

Wealthy white men certainly do. Disproportionate power and freedom. I live in Washington, D.C., but I won’t be anywhere near the celebration or political rally on the National Mall. I won’t be anywhere near the Lincoln Memorial on old grounds straining to hold up the weight of armored vehicles. I don’t want to see that tragedy or the walking tragedy of red MAGA hats moving around covered minds. I don’t want to hear verbal fireworks from President Trump, a speech that is liable to set anything within earshot that is true or loving on fire. Lincoln’s statue shall overlook Lincoln’s reincarnated old rival from the 1858 midterms, the pomp and circumstance of Senator Stephen Douglas of Illinois on steroids. And far away, somewhere, new Lincolns, in female and male and non-gender-conforming bodies, will be readying for the task of saving the Union that Lincoln did not save from Trumpism.

I have always understood why humans resisted tyrants. But I never really understood why humans fully submitted to tyrants until I studied American history, until I entered Trump’s America and watched the patriots to tyranny. To believe freedom comes before power is to stifle the struggle to equalize power. It is to reinforce the power of the extremely wealthy white men who declared independence years ago. There is no more docile slave than one who believes he or she is free.

On July 3, 1776, John Adams again poured out his private thoughts in a letter to his wife. He could see what his fellow delegates set in motion. The ordered world of hierarchy he venerated would one day be no more. “The People will have unbounded Power,” he wrote. “But I must submit all Hopes and Fears, to an overruling Providence.”

He feared that “America shall suffer Calamities still more wasting and Distresses yet more dreadfull.” But he saw how the people’s struggle could become his struggle. Adams helped start the echo that has carried through American time up to the protests at the southern border today. He wrote that all the calamities “will have this good Effect,” inspiring “many Virtues” and correcting “many Errors, Follies, and Vices, which threaten to disturb, dishonor, and destroy Us. The Furnace of Affliction produces Refinement, in States as well as Individuals.”

When Americans struggle for the power to be free, they are afflicting and revolutionizing and refining the United States. They are the Patriots. Patriotism on the Fourth of July is resistance. 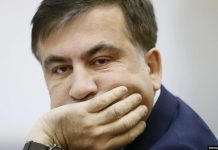 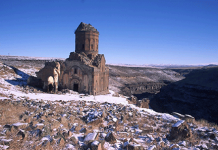