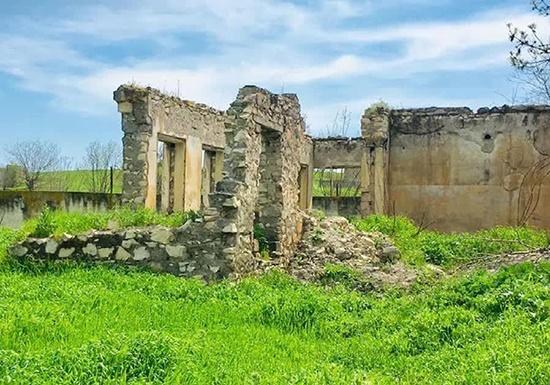 Earlier this year, a group of Israeli and US journalists took part in a tour of Azerbaijan. They learned much about the complicated geopolitical environment and history.

The Israeli journalists’ visit to Azerbaijan was fruitful and creative. Despite the complicated geopolitical environment, Israel and Azerbaijan have a strong and powerful partnership. Political dialogue exists at the highest level, annual economic turnover is $3.5 billion and the energy sector is a strategic pillar of the relationship.

Although nearly 90% of the population is Shia Muslim and the official religion is Islam, the country is politically secularist. Azerbaijan Foreign Minister Elmar Mamedyarov told us, “In the context of the Muslim world, Azerbaijan today has exceptionally positive and constructive relations with Israel in the areas of trade, energy and economy. Azerbaijan maintains good relations with Israel. Historically, Jews lived in peace and harmony in Muslim-majority Azerbaijan, and these contacts between the Jews living in Azerbaijan and Israel remain robust today.”

Azerbaijan is also home to a number of other ethnic and religious groups, including Christian and Jewish communities. Even when the Armenian-Azerbaijani Nagorno-Karabakh conflict broke out some 30 years ago, the Azerbaijani society continued to preserve peace among ethnic groups.

In Baku, the capital and largest city, we observed the majestic Heydar Mosque, whose four minarets rise to a height of 95 meters. When the sun illuminates this architectural gem, it is not difficult to channel the spiritual power of the universe. Two imams met us there – Shiite and Sunni, as well as representatives of different religious denominations, including the head of the Mountain Jews of Azerbaijan, Milikh Yevdayev, and Robert Mobili, the head of the Albanian Catholic Church. Harmony can exist between people of all religions, they tell us.

“The reason it works lies in the fact that Azerbaijan has always been a unique place for multiculturalism,” explains Ravan Hasanov, head of the Baku International Center for Multiculturalism.

Conflict with Armenia
The real test for Azerbaijan’s tradition of tolerance, we learn, was sparked by the collapse of the Soviet Union in 1991. At that time, the Republic of Armenia invaded and occupied some 20% of Azerbaijani lands, including Nagorno Karabakh and seven adjacent districts, resulting in an estimated 30,000 Azerbaijanis killed and nearly a million persons displaced. Azerbaijanis feel that the attacks, committed with genocidal violence and savagery, constitute one of the great tragedies of the late 20th century.
In Khojaly, for example, some 613 Azerbaijanis were killed, 487 were wounded and 1,275 civilians were taken hostage.

We were among the few Israeli and foreign journalists to visit the front-line zone – a military zone of contact overlooking the lands that have been occupied by Armenia for more than 27 years. Just three years ago, the spot where we stood was a place of hostilities and war. We learned that in April 2016, the Azerbaijani army responded to military provocation, ensuring the safety of its citizens by striking the Armenian armed forces.

We visited the “Maraga” monument erected in the village of Maraga in 1978 by the Armenians to mark the 150th anniversary of their resettlement from Iran to this part of Azerbaijan. It was explained to us that when the recent conflict flared up in the late 1980s, the Armenians destroyed this monument, as it proved they are not indigenous to the area. The remains of the monument have been restored and are protected as evidence that Nagorno-Karabakh is part of the ancient, historic land of Azerbaijan.

Meeting with Azerbaijan’s Deputy Minister of Defense
During the visit to Tartar and Cocug Mardzhanly, we met with soldiers of the Azerbaijani army, who related that Azerbaijan has a military advantage over Armenia, in both manpower and in weaponry. As we visited soldiers from the Lalatapa Hill and gazed over this valley, we noted that the Lalatapa dominates a vast territory. During hostilities in 1993, the Armenians seized the mountain peak, creating a fortified position, but Azerbaijani soldiers and officers liberated the fortified complex in a brief but hard-fought battle. Our hosts explained how the fighting unfolded and the outpost was recaptured.

Azerbaijan Deputy Minister of Defense Lieut.-Gen. Kerim Veliyev told us, “International organizations sometimes display double standards with regard to the Armenian-Azerbaijani Nagorno-Karabakh conflict. We must increase the level of readiness and combat capability of the Azerbaijani Army in order to be prepared liberate the lands we feel are unjustly occupied. We do not want bloodshed, but our army is able to liberate the lands if all other avenues fail.

“The clashes of April 2016 prove that this conflict can be resolved,” continued Veliyev. “Azerbaijan supports a peaceful settlement based on the norms and principles of international law. However, if the issue is not resolved peacefully, then we will take advantage of the right to secure our territorial integrity by other means. The Azerbaijani Army is prepared to ensure the liberation of the occupied territories.”

Ashagi Abdurahmanly
At the village of Ashagi Abdurahmanly, we were exposed to a sad picture of devastation: destroyed homes, schools, kindergartens and scorched earth – a ghost village in which time and life seem to have stopped.

Umud Mirzoyev spoke to the group about the fate of his village.
“In our hometown, we see the shocking ruins of houses and other buildings destroyed and burned by Armenian vandalism. They demolished and defiled our cemetery. You can see how they shot point-blank at photos on the graves, as though they feared even those Azerbaijanis who have gone to another world. This illustrates the anger, hatred and fear of the invaders.”

As we continued the tour, Mirzoyev added, “My school was here; my home was here. Here were the most fertile fields with delicious grapes. Now these fields have been turned into a minefield. Here I fulfilled my father’s will. When he was dying, he asked me to bury him in our village, on our land,” said Umud, and so I did.”

Cocug Mardzhanly
Next, we visited the famous Cocug Mardzhanly village, another victim of the geopolitical dispute. We were told that this Azerbaijani village was destroyed by Armenian occupants, but after defeating the Armenian forces there, the Azerbaijani government restored the village. Against this backdrop, a guide told us, “Azerbaijanis want the world to know about the occupation of the Azerbaijani territories and the problems of the million refugees and displaced persons. They want the world to note the catastrophe that befell the Azerbaijani people, as well as the restoration and rehabilitation of these territories.

Meeting with Ali Hasanov
During our visit, Azerbaijani representatives voiced their appreciation to many nations for their support. A common theme was that Azerbaijan is a strong, independent state – a leader in the South Caucasus region. With its various geo-economic and transport-cooperation projects, it contributes to the expansion of the borders of peace and prosperity in the region and beyond.
Ali Hasanov, the Azerbaijani president’s assistant for public and political affairs, had special praise for his country’s relationship with Israel.

“Israel and Azerbaijan cooperate in political, economic, and military/technical spheres. Benjamin Netanyahu, in his first term as prime minister, was the first senior Israeli official who visited Azerbaijan in 1997 and met with President Heydar Aliyev.
“The special relationship between our two nations took off after that historic visit,” said Hasanov. “In a high-profile official visit to Azerbaijan in December 2016, Prime Minister Netanyahu further demonstrated and expanded the close ties between Baku and Tel Aviv. We acknowledge and appreciate the warmth and respect that Netanyahu has for our country and its president.

“I also want to note that 65% of the oil consumed in Israel comes from Azerbaijan, which is the most important buyer of Israeli high-tech products. Israeli specialists have been working in Azerbaijan for many years in various fields. There is a large community of Azerbaijanis in Israel who are well integrated into Israeli society and represent our country with dignity and respect. Various ties – including family connections – also link the Jewish communities in Baku, Quba, and the unique Jewish Qirmizi Qesebe village, with both Israel and Azerbaijan.”

Hasanov concluded, “We will continue to work on strengthening and deepening the relations between Israel and Azerbaijan.”

Hajiyev emphasized Azerbaijan’s unique status and the strategic importance of relations between Azerbaijan and Israel.
“Since the restoration of state independence in 1991, Azerbaijan has developed a special relationship with Israel. Israel was one of the first countries to recognize our independence. We have excellent economic, political, military, cultural and trade relations. There are direct flights, which highlights the excellent and stable relations.

”Azerbaijan is a responsible member of the international community. I always jokingly say that if you look at the map, my country looks like a bird flying from west to east. Therefore, if you tear off one wing, it will not be able to fly. This is why we say that we need both wings.”

Clearly, strategic ties with Israel and a just resolution of the territorial conflict with Armenia are high on the list of priorities of this reliable and important ally.

This article was written in cooperation with Hope for the Future Association for Emigrant Jews of Azerbaijan and the Caucasus.