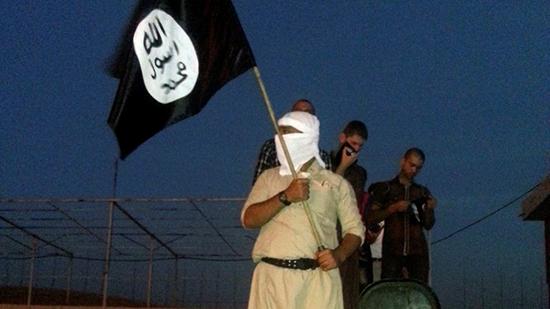 TEHRAN (FNA)- Washington plans to bring back a more dangerous version of the ISIL terrorist group to Iraq and Syria after its failure to achieve its mischievous goals in the region, the Arabic-language media outlets reported.

The Arabic-language website of the Russian Sputnik news agency quoted Hessam Sho’aib, a Syrian military expert on terrorist organizations, as saying that a recent report by the US-based Institute for Studies of War (ISW) on rebirth of the ISIL terrorists in Iraq and Syria exposes this reality that the US Central Intelligence Agency (CIA) has created the ISIL and is preparing the grounds for the return of the terrorist groups, specially the ISIL, to the region.

Sho’aib noted that the ISW’s report on ISIL’s dominance over several regions in Iraq and Syria such as Mosul shows that the US is not looking for establishment of peace in the region and ISIL’s retreat from Raqqa has taken place on CIA’s order and not a defeat in war against the Syrian Democratic Forces (SDF).

He reiterated that the SDF is also a part of the CIA’s plot for Syria, and said, “The US has come to know that it cannot conduct any kind of military operation against Iran, and therefore it has resorted to reviving the terrorist groups to carry out terrorist attacks as a much cheaper scenario for the region.

Sho’aib noted that Washington uses the terrorist groups in the region as a pressure lever, and said that the purpose for reviving the terrorist organizations is preoccupying the regional countries’ armies, specially Iraq, Syria and Iran.

In a relevant development in late June, a prominent Iraqi security expert warned of the US plot to transfer the ISIL terrorists to the bordering areas with Syria in collaboration with the two countries’ tribes.

The Arabic-language al-Ma’aloumeh news website quoted Hossein al-Kanani as saying that the US attempts to transfer the ISIL terrorists to the bordering areas of Iraq and Syria and build safe shelters for them through coordination with a number of tribal leaders in the region.

He referred to the recent attempts by US Ambassador to Baghdad Matthew Tueller to meet the Iraqi tribal leaders, and said other goals are also pursued by the measure, including targeting the Hashd al-Shaabi (Iraqi popular forces) and Iraqi security forces in these regions and cutting Tehran-Baghdad-Damascus-Beirut connections by taking control over the Iraqi-Syrian borders.

Meantime, a senior official in al-Qiyarah region in the Southern parts of Nineveh province said that the ISIL terrorists have increased their operations in the desert areas in the Western parts of the region under the nose of the US planes and drones that fly over the same regions.

Also, commander of Hashd al-Shaabi forces in Iraq reported that his forces had started military operations to cleanse and establish security along a 120-km chunk of the Iraqi-Syrian borders between the provinces of al-Anbar and Nineveh in Western Iraq.