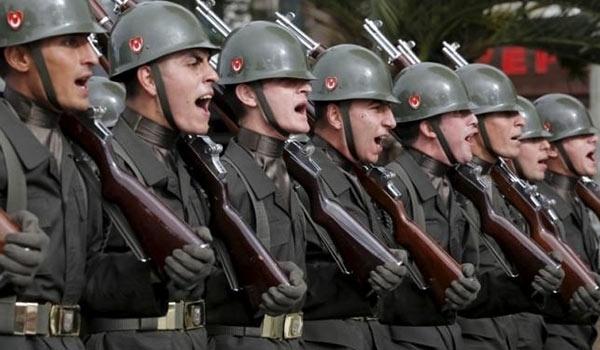 TEHRAN (FNA)- At least 20 Turkish soldiers and affiliated militants were killed and wounded in Afrin and the nearby areas during the Kurdish operations in Northern Aleppo, Kurdish media reported.

“During the operations against the Turkish army and Ankara-backed terrorists in the town of Marimin in Shara region of Afrin, two positions of the Turkish army were smashed,” the Kurdish-language Hawar news quoted the Liberation Forces of Afrin as saying.

Meantime, the Syrian army continued its military advances in other parts of Syria over past 24 hours.

Tens of terrorists were killed and dozens more were injured during the Syrian army’s operations in provinces across Syria.

At least 20 Turkish soldiers and affiliated militants were killed and wounded in Afrin and the nearby areas during the Kurdish operations in Northern Aleppo, Kurdish media reported, adding that their positions and military vehicles were also destroyed.

The Kurdish-language Hawar news quoted the Liberation Forces of Afrin as saying on Wednesday that during the operations against the Turkish army and Ankara-backed terrorists in the town of Marimin in Shara region of Afrin, two positions of the Turkish army were smashed.

During the operations, one Turkish soldier and a militant were killed and two other soldiers were wounded.

Meantime, 2 military vehicles of the Turkish army were destroyed in an ambush by the Kurdish forces near the town of Kafar Khashar in A’azaz region in Northern Aleppo, killing and wounding 12 people.

Also, during the Kurds’ operations near the town of Mar’e in Northern Aleppo, a military vehicle of the Turks was blown away, killing and injuring 4 Ankara-affiliated militants.

The tribal leaders in Deir Ezzur have voiced strong opposition to the Saudi plots to support the Syrian Democratic Forces (SDF)’s separatist measures in the Eastern parts of the province.

The Arabic-language al-Watan newspaper reported on Wednesday that al-Jamel tribe in Eastern Deir Ezzur has issued a statement to emphasize its opposition to the appointment of SDF-affiliated Ahmed al-Khabil as the Sheikh of al-Bakir tribes in Eastern Deir Ezzur and the head of Syria’s military democratic council.

Al-Jamel tribe has referred in the statement to the terrorist acts by the SDF in Eastern Euphrates region, and said that it does not recognize al-Khabil who has been appointed with the support of Saudi Minister for Persian Gulf Affairs Thamer al-Sabhan and the terrorist militias as the Emir of al-Bakir Sheikhs.

Other Syrian tribes had also earlier stressed their opposition to al-Khabil’s appointment.

Meantime, the Arabic-language al-Baladi news website affiliated to the militants reported that one of the leaders of Syria’s Arab tribes namely Obaid Khalaf al-Hissan was assassinated in the town of al-Ali Bajeliyeh in Tal Abyadh region in Northern Raqqa after stopping cooperation with the Kurdish forces in Eastern Euphrates.

It added that the SDF commanders had earlier attempted to return him.

Tensions increased between the popular forces supported by Damascus and the US-backed Kurds in Hasaka province after the latter’s provocative acts against Damascus.

The Arabic-language al-Watan newspaper quoted dissident sources as saying on Thursday that the Syrian Democratic Forces (SDF) kidnapped a number of National Defense Forces (NDF) affiliated to the Syrian army in the town of Qamishli.

They added that the Kurds refrained from releasing the abducted forces, noting that the NDF has detained 4 Kurdish fighters in response.

Al-Watan reported that several roads have been closed and snipers have been deployed in the region after tensions increased between the two sides, adding that the SDF has warned that it will abduct the family members of the NDF forces in Qamishli if its forces are not freed by the army.

It added that the SDF has occupied the buildings of a state power generation company in al-Nashweh district in the Southern parts of Hasaka in the past two days.

The SDF also detained a reporter of a Syrian news channel in Qamishli a few days ago accusing him of collaboration in the start of the recent unrests in the region.

Hasaka and Deir Ezzur provinces in Eastern Syria have been the scenes of large-scale protests in recent months concurrent with intensified tensions in SDF-controlled areas.

Nearly 28,000 civilians are being held in al-Rukban camp in Homs province which is under occupation by the US and its affiliated militants in al-Tanf region.

Field sources in Eastern Homs reported on Thursday that a new group of 1,000 civilians could flee al-Rukban camp at the borders with Iraq on Wednesday through Jaliqam corridor in Eastern Homs towards the Syrian army-controlled regions.

Meantime, the medical team affiliated to the Red Crescent in Syria reported that most children who have left the camp are suffering different diseases due to the lack of medical and treatment facilities.

“Most Syrian citizens return from Syria’s neighboring states. Every day, between 1,000 and 2,000 people come to the country from Jordan and Lebanon, confirming that the measures have been effective,” said a statement signed by the heads of the Russian and Syrian coordination headquarters Mikhail Mizintsev and Hussein Makhlouf.

It added that more than 1.8mln refugees have come back home, including over 1.3mln internally displaced and another 500,000 refugees coming back from other countries.