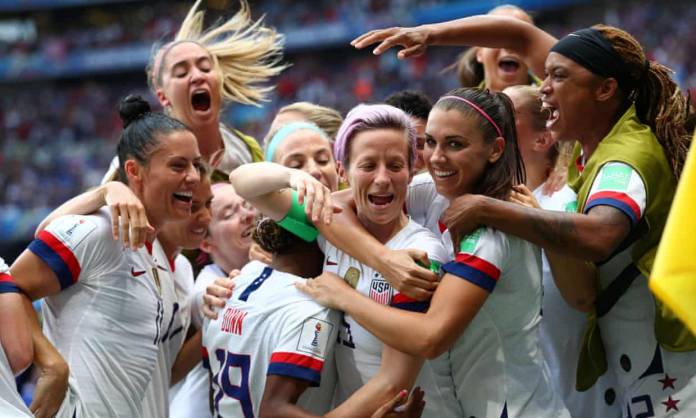 The U.S. defeated the Netherlands on Sunday to win its second consecutive World Cup title. It’s their fourth overall.

The Americans defeated the Dutch, 2-0, behind goals from Megan Rapinoe and Rose Lavelle. Rapinoe scored on a penalty kick in the 61st minute and Lavelle scored in the 69th minute.

It was a hard-fought battle between the U.S. and the Netherlands. The two squads were tied in the second half as it looked like the Dutch defense had the Americans’ number despite the heavy attack.

A foul was committed on Alex Morgan in the box and after a VAR review and an official review, the U.S. was awarded a penalty kick.

Minutes later, Lavelle turned up the pressure on the Dutch with some nifty footwork and a big boot to score the Americans’ second goal of the match.

The win marks the fourth time the U.S. has won the Women’s World Cup. It is their second straight championship after having defeated Japan in 2015.

Ryan Gaydos is an editor for Fox News.