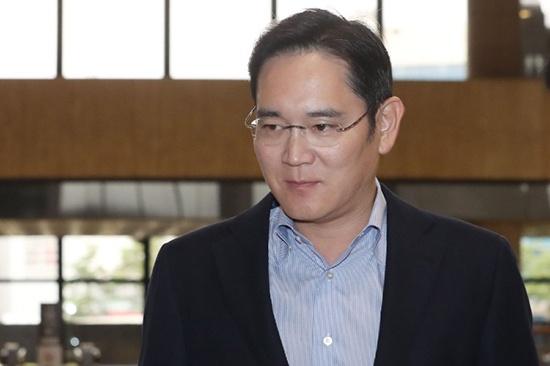 The Korea  Times  -By Baek Byung-yeul

Chiefs of Samsung, SK, LG and other Korean conglomerates are struggling to resolve the dispute over Tokyo’s curb on exporting high-tech materials to Seoul, industry officials said Sunday.

Lee Jae-yong, vice chairman of Samsung Electronics and de factor leader of the country’s largest conglomerate, left for Japan on Sunday to seek ways to minimize the impact from the trade dispute.

On Sunday afternoon, top executives of the conglomerates had a launch meeting with Finance Minister Hong Nam-ki and presidential chief of staff for policy Kim Sang-jo. The presidential office confirmed the meeting, saying the top policy aides met with representatives of major companies to exchange views over uncertainties connected with external economic conditions.

Lotte Group Chairman Shin Dong-bin didn’t join the meeting, as he was in Japan at the time of the luncheon for meetings with Japanese industry leaders.

The meeting came after Hong and Kim revealed their willingness to swiftly address Japan’s tighter exports control. Hong told reporters Friday he will actively communicate with the top executives, saying “There is no reason not to meet them.”

Officials from the conglomerates declined to comment on whether their executives actually met with the finance minister and top presidential policy aide, citing the sensitivity of the matter.

Though Samsung declined to confirm whether Lee left for Japan or not, Lee is reportedly scheduled to meet industry officials of Japan during his visit.

Given the trade dispute is showing signs that it may develop into a bigger conflict to further strain the ties between the neighboring countries, the related conglomerates remained low-key over the issue.

Lee’s move can be interpreted as a sign that the chief is trying to find solutions at the epicenter of the dispute because the items the Japanese government imposed tougher restrictions on are difficult to source through other suppliers.

“The time has come to utilize his expertise and broad network across global socio-economic lines,” an industry official from one of the top conglomerates said.

Lee visited Japan twice in 2018 and had meetings with executives of Japan’s two largest mobile carriers NTT DOCOMO and KDDI in May in an attempt to sell its fifth-generation (5G) network equipment.

He also had a face-to-face meeting with Masayoshi Son, chairman of Japanese IT mogul SoftBank, on Thursday and invited top chaebol executives to have a group meeting with Son.

In response to Japan’s exports curb, Samsung, SK hynix and other companies have tried to boost their inventories before the sanctions took effect.

“In a circumstance that there is not much the Korean companies can do, the related IT companies here tried to secure those three materials that are heavily dependent on Japan as many as possible before Tokyo’s sanction took effect on Thursday,” an official in the IT industry said. “Even though they are trying all means available to boost their inventories, things are not looking good.”

The official said there should be a solution to the trade dispute at the government level. “However these efforts are only for a short-term solution. They need long-term solutions to address the dispute due to their high dependency on Japanese firms,” the official added.